Annual accounts set to be unveiled 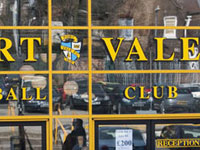 Port Vale will be posting copies of their annual accounts to shareholders within the next week, ahead of the forthcoming joint AGM/EGM.

The annual accounts to shareholders for the year ending June 30, 2011 will be included in the mailing along with the EGM agenda papers.

The accounts are sure to make interesting reading to many shareholders as will the board’s response to the EGM.

The club has remained mostly silent during recent weeks and this mailing could well be the first time the club has to give a public response to the EGM demand.

The letter may also contain details of their own proposals for board members to replace the departing Glenn Oliver and Perry Deakin.