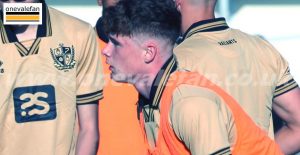 Director of Football David Flitcroft has said that Port Vale’s Academy needs major changes in order to develop new talent for the Vale first-team. It’s clear that the management team want to set the bar high and that progression to the first-team will be due to attitude and application and not something to be taken for granted.

Tommy McDermott is the only youngster in the last two seasons to be offered a professional deal and while the seventeen year-old may be the exception to the rule, he looks to be a worthy addition to the first-team.

McDermott fitted in well on his full debut on Saturday and looks to have a lot of promise. He’ll need to be carefully managed, he’ll probably have periods out of the team but the potential is there to see. There may still be a lot of work to produce a production line of similar teenage talent but McDermott can prove a role model to the others in the Vale Academy and show that if the talent is there and you work hard enough then you can break through. 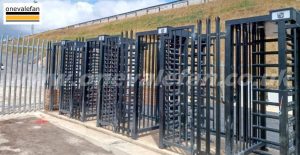 Evidence of a summer of hard work around the ground

It was a pleasure to see the constant improvements made to the Vale Park stadium since the Shanahans have taken over the club. After decades of neglect, we have new executive lounges, improved turnstiles (admittedly not quite ready but given the tight deadlines still worthy of credit), a crystal clear PA system and new pitchside hoardings for the Bycars and Railway stands. In essence, every time we return to the ground for a new season, something has improved. By next summer, we will have home fans in the Hamil and a massive fanzone (and I wouldn’t be surprised if the unused Lorne St section is opened too).

It’s a gradual but professional operation – not trying to do everything at the same time, but prioritising and then doing the jobs that need doing to the highest standard. “Championship ready” has been a slightly divisive term but I think it’s perfect. It’s not saying “Championship here we come” but rather – IF we manage to get there then we will be prepared. What’s wrong with being prepared? What’s wrong with fans getting Championship-quality facilities while we are in League One? What’s not to like about the ambition?

Does Vale need strikers anyway? Yes, but only the right ones!

After goals from central defenders Nathan Smith and Connor Hall (and one a backheeled effort from Smith of all people) do Vale really need forwards? The answer is (of course) “yes!” We can’t expect the goals to come from the rest of the team every week. I felt it was a gamble to go into this game with just one striker and one goalkeeper but it paid off.  I think the win over Fleetwood eased some of the pressure and allowed the management to continue what they are doing – taking their time to bring the right players and characters into the club. The time for the transfer business to be judged is the end of the window – let’s see how the balance of the squad looks then.

A good start but don’t get carried away

As I drove back to Aylesbury along the M6 the one thing that did concern me a little were the Vale fans phoning up BBC Radio Stoke’s post-match programme stating that a promotion or play-off push are on. It was a good start but it’s far too early to expect “promotion” after a narrow home win over one of the less-fancied teams in the division. It’s not impossible, but as I often say when judging new players – give them ten games and then make a judgement. It’s the same with Vale’s chances in this division, it’s far too early to judge an entire campaign on a single home win. I’ll be hoping Vale will upset the odds and be successful but we need to see them in action a few more times before any of us can say, with any confidence, what their promotion chances are going to be. 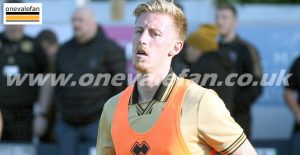 When fans were working out their formations for the new season, there was often a common thread – the absence of Harry Charsley in many of the suggested midfields. The former Mansfield man was seen by some as an energetic, all-action performer but one lacking the skills to step up to League One. Well, not to Darrell Clarke, who played him against Fleetwood and was rewarded with an excellent display. Connor Hall was probably the outstanding player on the pitch but Nathan Smith and Charsley ran him close.

Charsley may still lose his place when the likes of Tom Conlon, Brad Walker, Tom Pett and Rory Holden are fully fit but on this 90 minute showing he displayed that if he is picked he won’t let anyone down. I have a feeling Charsley won’t be the only unsung player to surprise a few this season – this is a squad of strong characters and a squad which has the trust of the manager – the likes of Harry Charsley, Dan Jones and Chris Hussey may all still have an important role to fulfil…

AGREE WITH THESE VIEWS? – CLICK HERE TO POST A COMMENT
About the author: A Port Vale fan since 1980, Rob Fielding created this website in 1996. Originally called "There's only one Vale fan in Bristol?" it became simply onevalefan or OVF for short. You can get updates on Twitter through the account @onevalefan