Port Vale assistant manager Andy Crosby made two changes handing starts to Joel Cooper and Kian Harratt. There was also a welcome return to the Vale squad for James Gibbons. The Vale team trained ahead of the match in t-shirts showing their support to manager Darrell Clarke, currently on bereavement leave. 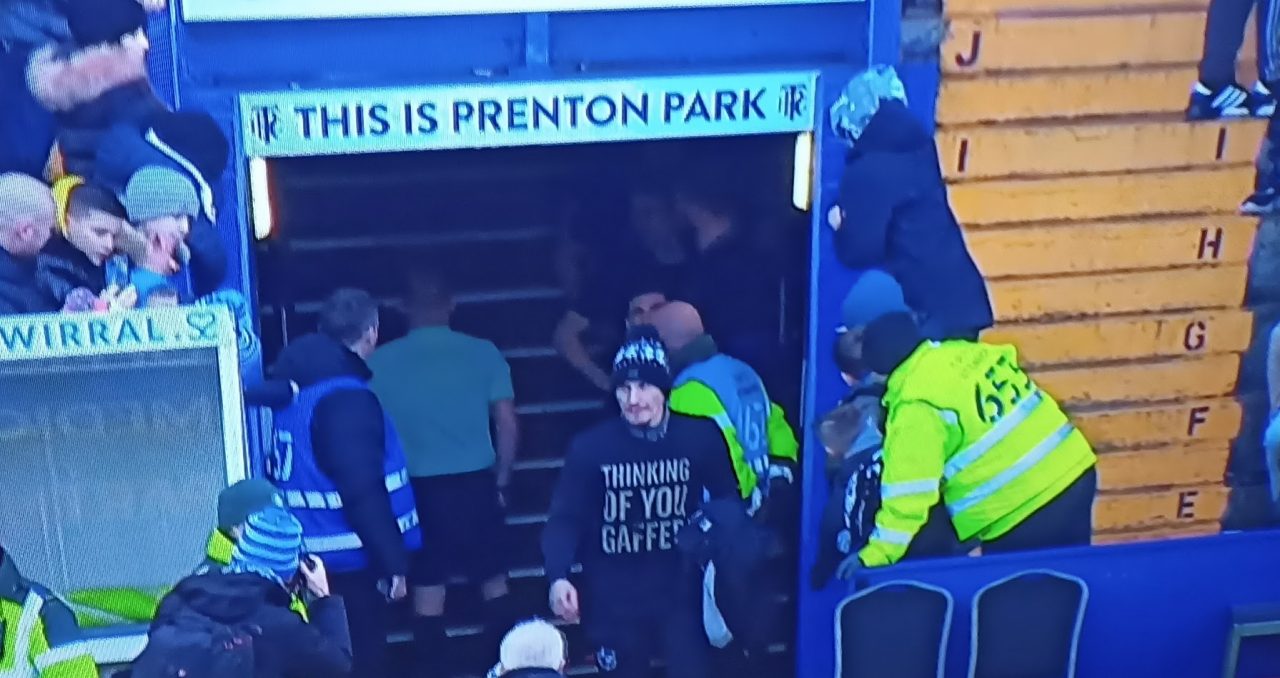 Nathan Smith with a t-shirt in support of Darrell Clarke

Vale made a decent start with chances for Cooper and Harratt before the home side rallied. Nevitt had a shot blocked by Smith.

Good play from Hussey saw Wilson go close before the home side took control on the half-hour mark. Hawkes missed the best chance of the game when he was found unmarked in the box but his shot went wide with just Holy to beat. Minutes later Nevitt had another chance which was well blocked by Smith.

Good work by Cooper saw a low cross go into the box only for it to evade everyone as it finished goalless at the break.

There was a change for Vale at the break with Proctor coming on for Harratt.Vale started brightly with Wilson and Worrall setting up Proctor but the bounce was unkind.

The home side took the lead just before the hour mark when Hawkes made up for his earlier miss as he was found unmarked on the edge of the box and slotted the ball past Holy.

The final third of the match turned into an eventful and entertaining affair as Garrity saw a header blocked, Hemmings shot just wide for the home side before Walker and Proctor shot over for Vale.

The Valiants continued to press with Wilson miskicking from close range and Hall’s header being cleared off the line from a corner. However, as the game entered injury time, Proctor was on hand to net an equaliser and earn the Valiants a more than decent point on the road.