Defence to the fore during winning run – Rob Fielding shares his thoughts after Port Vale’s home win over Morecambe.

This wasn’t a game for the purist but it was one where Vale’s defence came to the fore. Not only did a defender, Nathan Smith, prove to be the match winner but this was also a game where veterans Scott Brown, Leon Legge and Shaun Brisley played their part. Morecambe huffed and puffed particularly in the second-half but could find no way through Vale’s newly resilient defence. It was almost like a throwback to the start of the season when Vale’s defence had remained impervious until suddenly the wheels came off. There have been some good performances all over the pitch during this winning streak but arguably the glue to the run has been the defence with just two goals conceded. It has long been regarded as the first rule of management that you make your side hard to beat and concentrate on the defence first of all. Darrell Clarke has definitely done that and much credit is due to him, his coaches and the team for this outstanding run of form.

One of the criticisms aimed at John Askey was his stubborn refusal to play anything other than 4-3-3. The nadir arguably came against Walsall, managed of course by Darrell Clarke, who turned a game around with a half-time tactical change that Vale failed to counter. It’s not the case now Clarke has replaced Askey as Port Vale manager. We saw an insipid Vale in the first period of the game, only for Clarke to switch things around.  The pitch meant an aerial route was best so the tall Guthrie was brought on early with the change sparking a goal. There was a like-for-like switch at half-time as Oyeleke made way for Jake Taylor but as Morecambe pressed Vale removed defensive midfielder Joyce to switch to four in midfield and provide more bodies on the wings.  The switches were proactive, clever and most important of all, they worked. Credit is due to the Vale manager for making them. 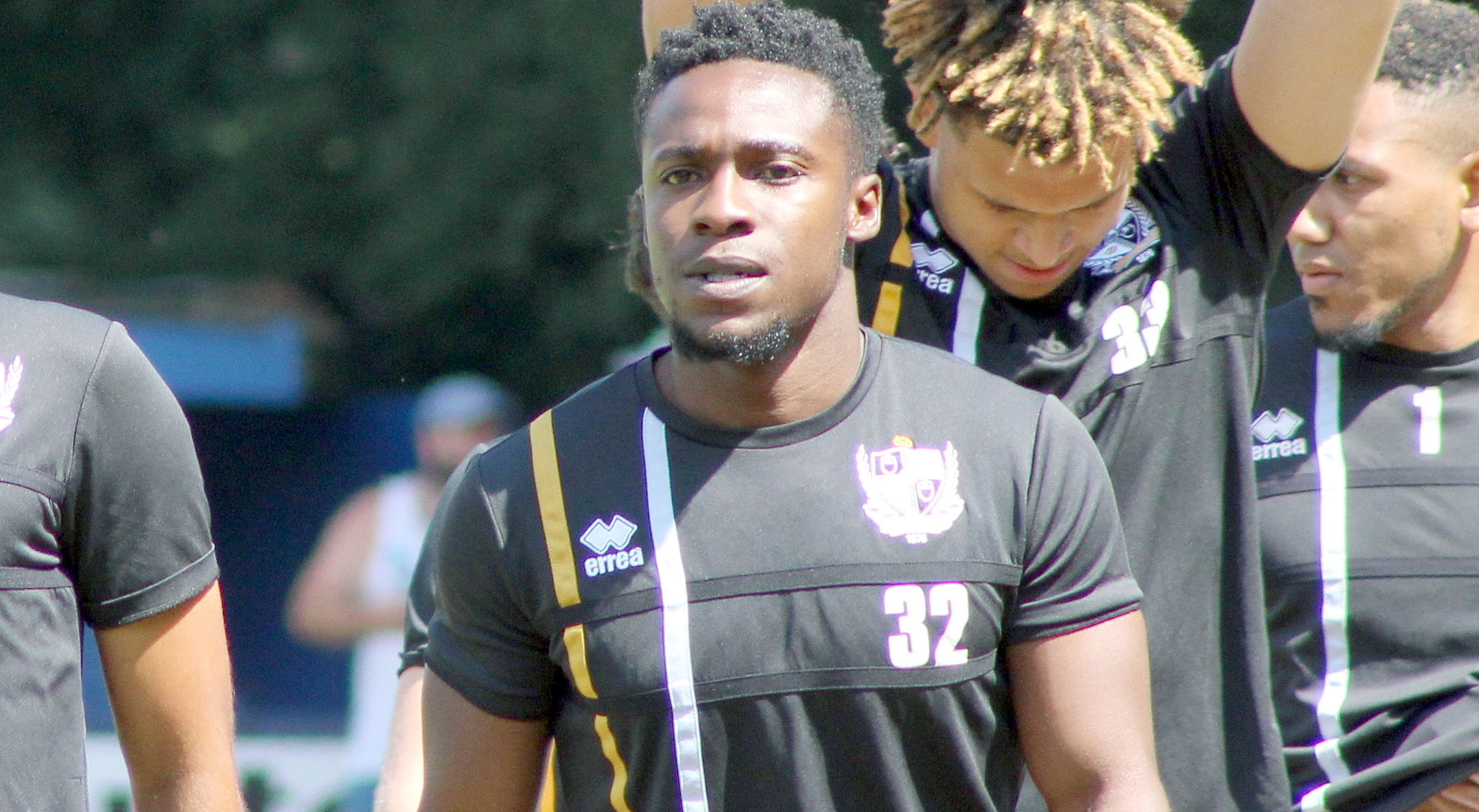 The resurgent form of this Valiants side has coincided with the return of Manny Oyeleke to the starting eleven. His worth when fit is clear to all. However, he was replaced on a tricky surface on Saturday and the age old concerns about how many minutes of action he can play will return. He’s clearly a good League Two player when fit, but the question is – can he remain injury free? If he can then surely a contract is a no brainer but if he’s doubtful then there’s a big decision looming in the summer. 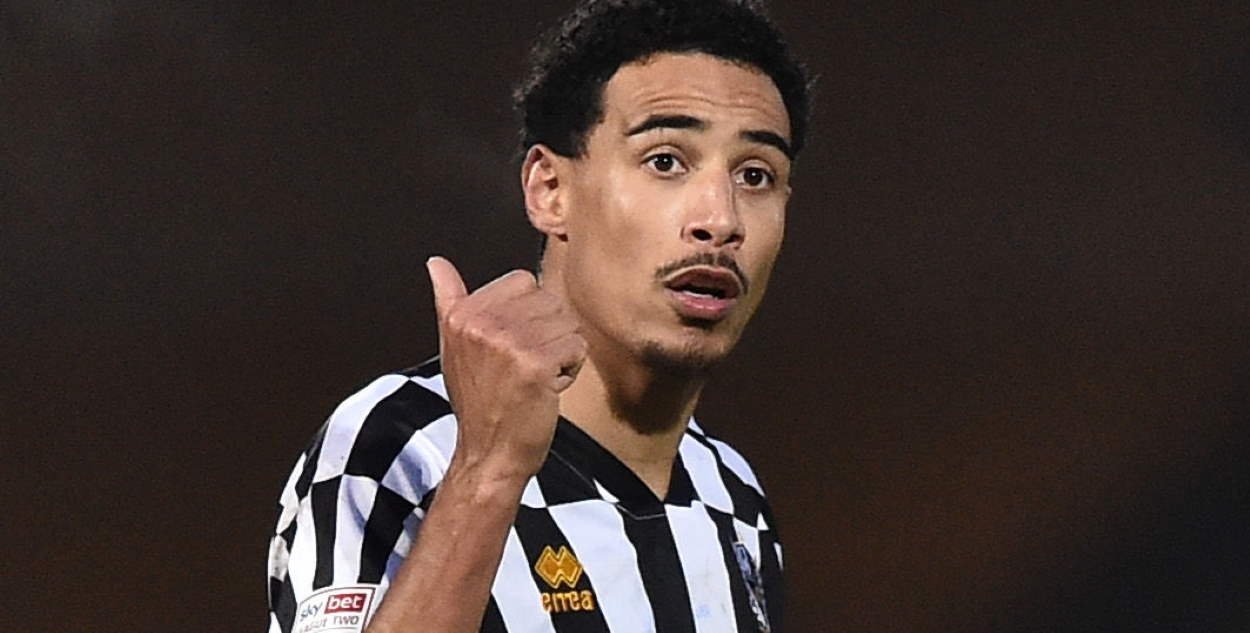 Theo Robinson had a quiet game so it was nice to see Darrell Clarke act proactively and bring on Kurtis Guthrie early. The big striker has looked in form in recent appearances and this game was no exception. The forward put on an energetic display both upfront and helping out the defence. He’s one of a number of players out of contract at the end of the season. The problem with the big man is his scoring record – just one in sixteen clearly isn’t good enough and Darrell Clarke may well seek a summer upgrade – but if contracts were awarded for effort and workrate alone, he will have boosted his case. 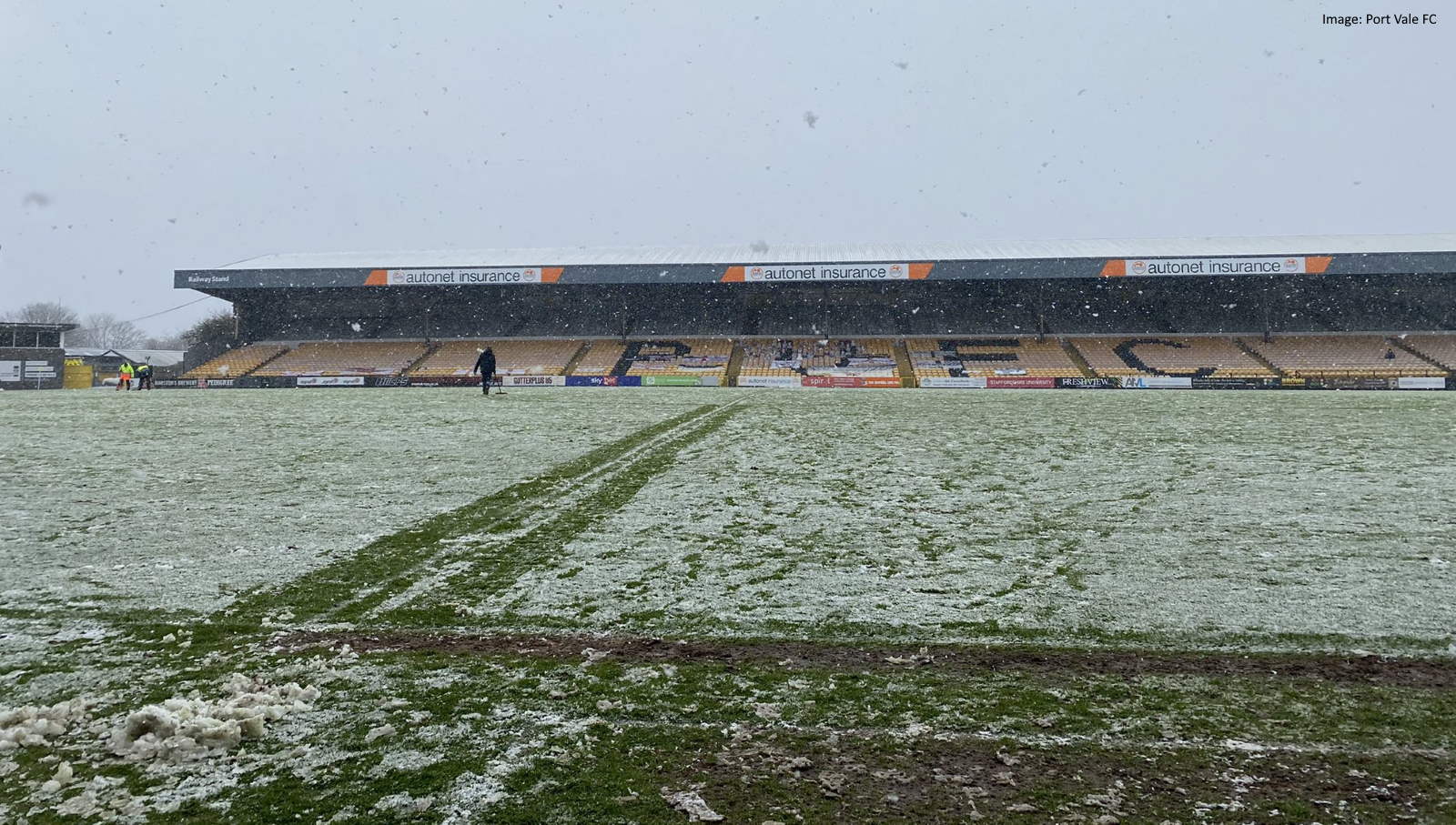 Compare the low impact, keep the game flowing control of the impressive Rebecca Welch on Monday with that of Saturday’s referee Anthony Coggins. The weather hardly helped the spectacle but the ref’s performance didn’t help. For a start, surely just a clearance of the lines would have been sufficient rather than the complete clearance of the pitch, a delay of 45 minutes. It was after all, a light scattering of snow and the Vale and other League Two clubs will have undoubtedly played in worse. Then there was Coggins’ over-officious calls – yellow cards were issued enthusiastically and even the second-half kick-off was delayed for some reason. For me, I’d prefer the impressive, unobtrusive Welch over many of the male referees we have had this season.