Hurst was signed from Bradford Park Avenue in 2019 before returning to his former club on loan. He broke through as a regular member of the Port Vale squad this season making 25 appearances so far. He has now agreed to remain with the club until 2023.

The Valiants clearly see potential in the youngster with Darrell Clarke commenting: “We are delighted to see Alex commit his future to the club after a breakthrough season. We are very much looking forward to seeing Hursty continue his development.”

Vale CEO Colin Garlick added: “I am very pleased to tie down a good and exciting young player like Alex who has really come on so much this season. He has worked hard since the loan at Bradford PA which was a really good grounding for him and part of the education. I am delighted for the club and delighted for Alex as he is a really nice young man.” 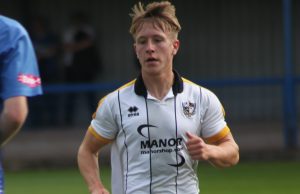