Many thanks to Port Vale fan Ken Grocott for these clippings.

You can click on the images for larger versions.

Port Vale defeat Southport in the FA Cup in 1989

A preview of the first Potteries Derby game in thirty years 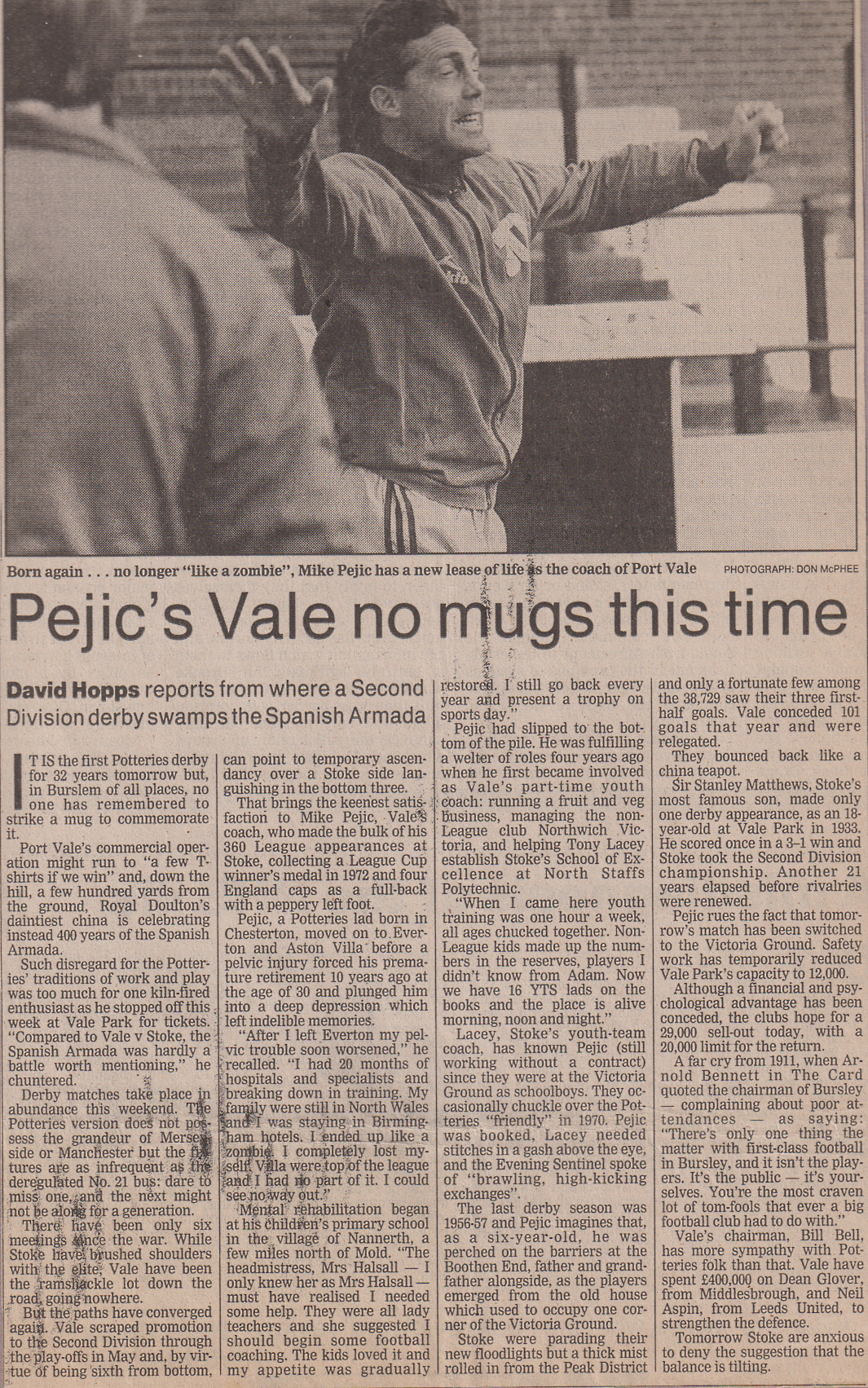 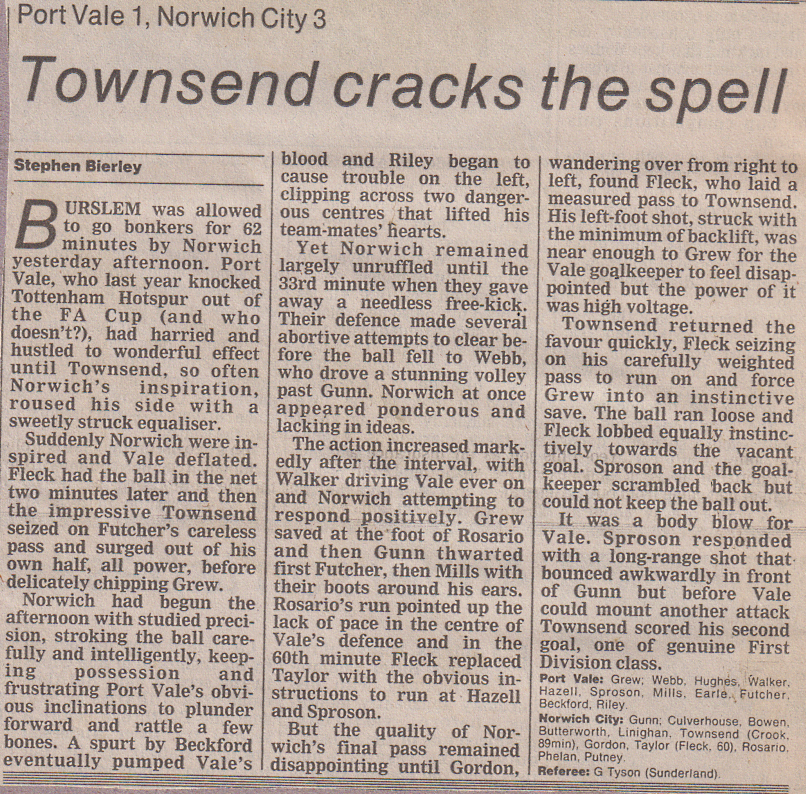 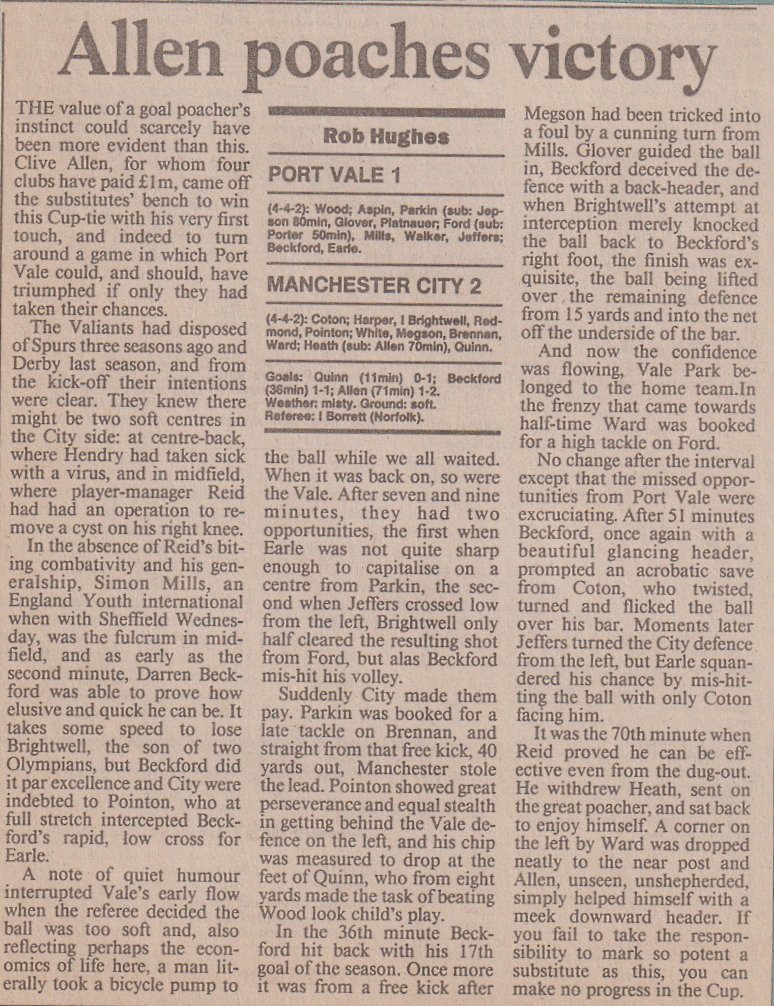 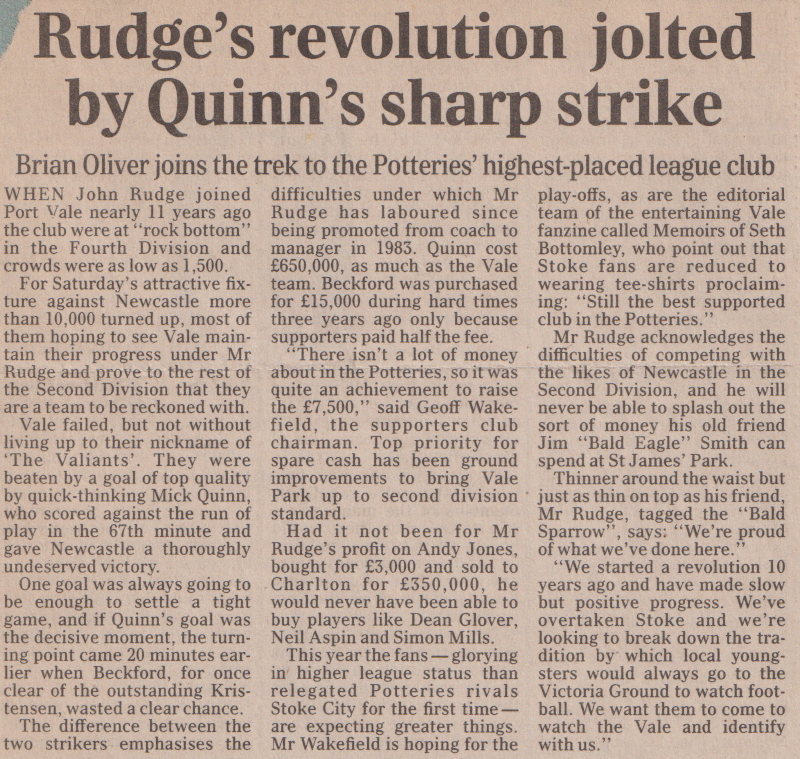