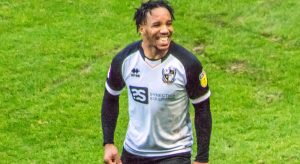 Browne exit a shock but Vale can compensate

Perhaps the biggest talking point didn’t occur during the game or on the pitch. The news that Rhys Browne was leaving the club came as a surprise to most especially as the winger had looked good in the summer friendlies. While his departure technically leaves the club short of one of its wide players on the eve of the season, it may be that Vale think they have enough cover to keep the squad as it is. With left-back David Fitzpatrick’s arrival, it could be that Cristian Montano is used further up the pitch or it may be that versatile youngster Alex Hurst is promoted to the new season matchday squad. 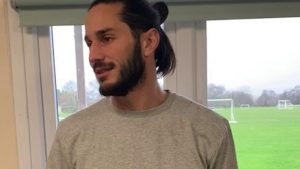 Earlier this month, manager John Askey was still looking for a second goalkeeper and stated that “we need someone who can put a little bit more pressure on him . Or, if Browny does get injured, then somebody who we are not worried about putting in.” On Saturday’s showing, Visser can certainly do that. The South African’s performance was assured throughout and included two fine saves. He looks a quality addition to the squad and could be the first Vale player to offer Scott Brown genuine competition.

Injuries could hinder Vale on the eve of season

This season it was hoped that the return of Manny Oyeleke could have the same impact as a new signing. Sadly, the midfielder has yet to figure in a friendly due to injury. Striker Mark Cullen has also missed games with knocks while on Saturday James Gibbons and Cristian Montano joined the injury list. Luckily, Vale have a big enough squad to cover all four but, with Tom Pope suspended, they won’t want to pick up any more knocks ahead of the start of the season.

It was a frustrating afternoon for the three forwards on display on Saturday afternoon. Both Theo Robinson and Devante Rodney were guilty of missing half chances while Tom Pope’s late appearance as a sub limited his chance of having an impact on the game. Fortunately, Vale have been contributing goals from other areas during their run of three friendly wins but they will be keen to see at least one of the strikers get off the mark early when the season begins. 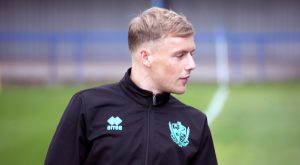 Conlon has potential to be a key player

At the start of the summer some fans were desperate for the club to bring back loanee Jake Taylor. While Taylor could still add something to the midfield, the form of Tom Conlon has gone a long way to easing any fears that Vale’s engine room will miss Taylor’s drive and goals. Conlon has been in fine form this summer and despite a strong showing from Danny Whitehead, the local lad was the best central midfielder on show against Rochdale.

Friendly form gives cause for optimism

Probably the biggest plus mark for Vale manager John Askey is that despite no gentle warm-ups against non-league sides, despite injuries and despite not bringing back loanees Jake Taylor and Mitch Clark, Vale have put on an impressive display in their friendlies. Three straight wins over strong League One and Championship outfits can give them much cause for optimism just ahead of the new season.

DISCUSS THIS FEATURE ON THE FORUM