This photograph portrays Roy Cross in 1970 shortly after the defender had joined Port Vale FC.

Defender Roy Cross began his career at Walsall before making the switch to Vale Park in 1970. He made his debut on the 5th September 1970, in a 1–0 win over Preston. He soon became a regular and was ever-present in the 1971-72 season. However, in 1973 he suffered a succession of knee injuries which eventually saw him leave the club in 1975. He made a total of 148 appearances for Vale, scoring once. This image is from the matchday programme against Aston Villa played in the 1970-71 season. 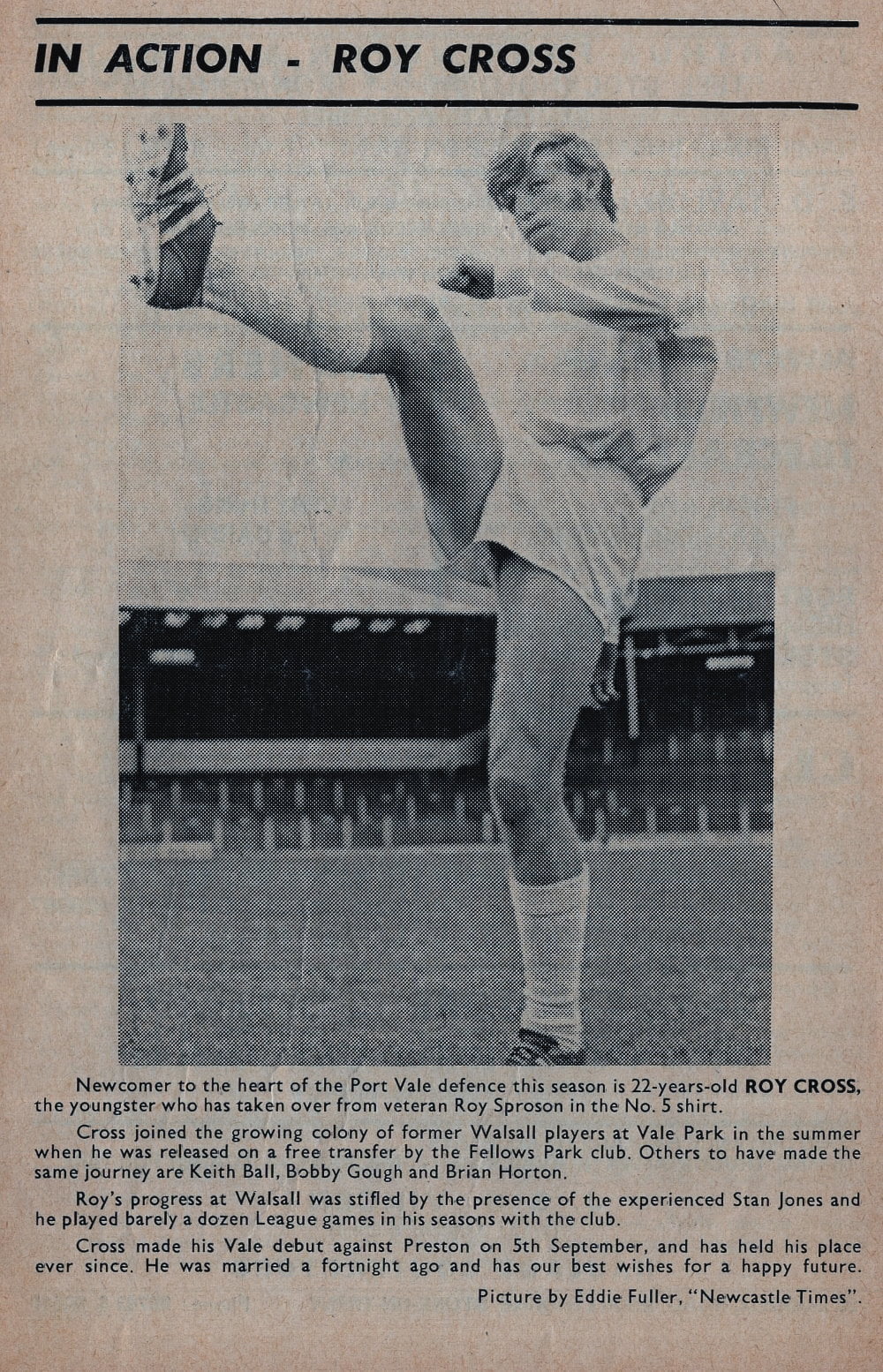