We take a leaf through the pages of a programme from an FA Cup first round game against rivals Mansfield Town in November 1985. 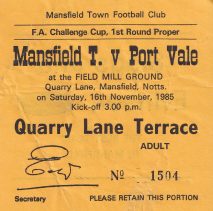 The two sides were both riding high in Division Four in the 1985-86 season. They had already met in the League where it had finished 0-0 at Vale Park in August. Mansfield had two former Valiants in their ranks in Neville Chamberlain and defender Gary Pollard while winger Kevin Kent would later move to Vale Park. The game finished 1-1 with Robbie Earle scoring for Vale. The Valiants won the replay 1-0 at Vale Park with Paul Maguire’s penalty settling the tie. John Rudge’s side would go on to win promotion that season – Rudge’s first with the club – while Mansfield would also get promoted. Our match ticket for the game (which was in the programme) is on the right.

Take a leaf through the programme… 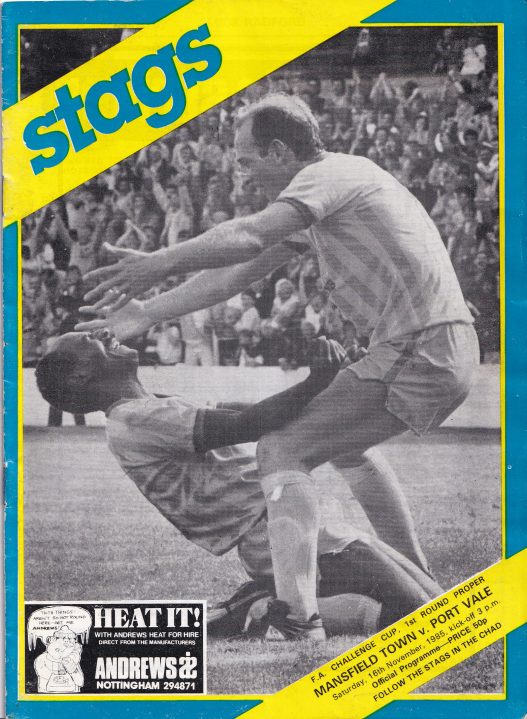 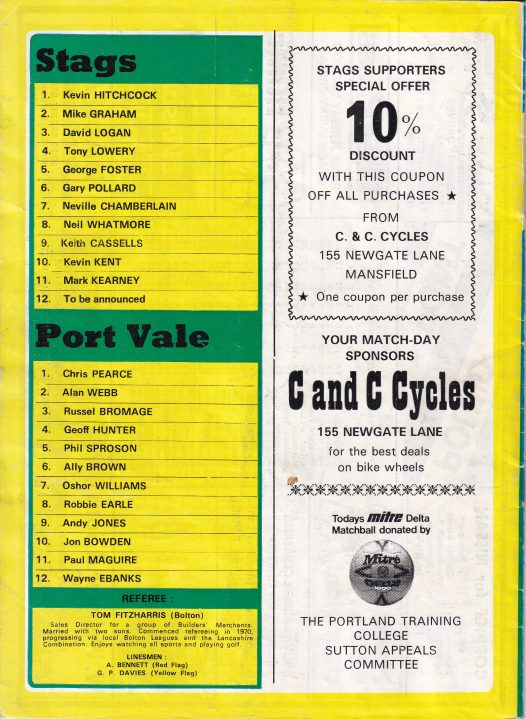 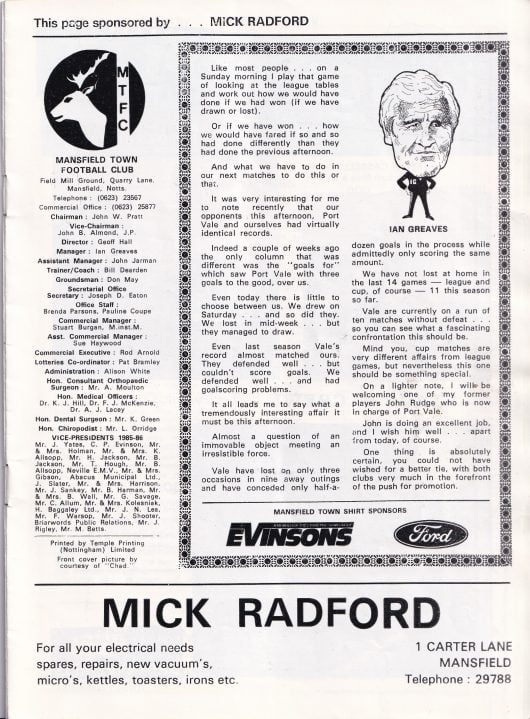 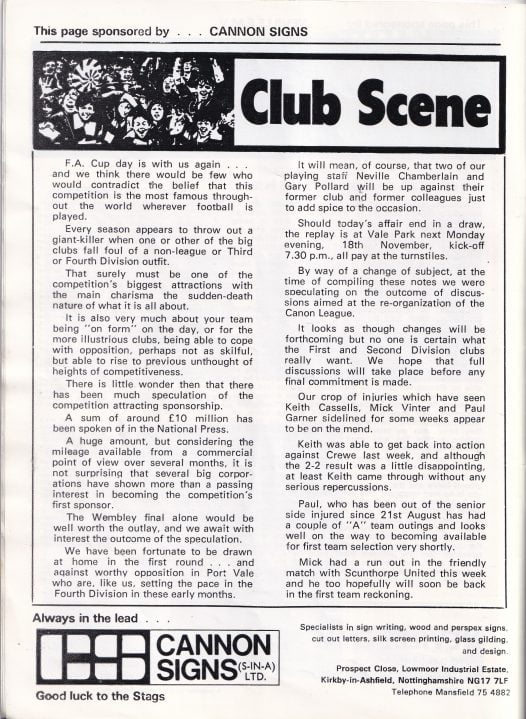 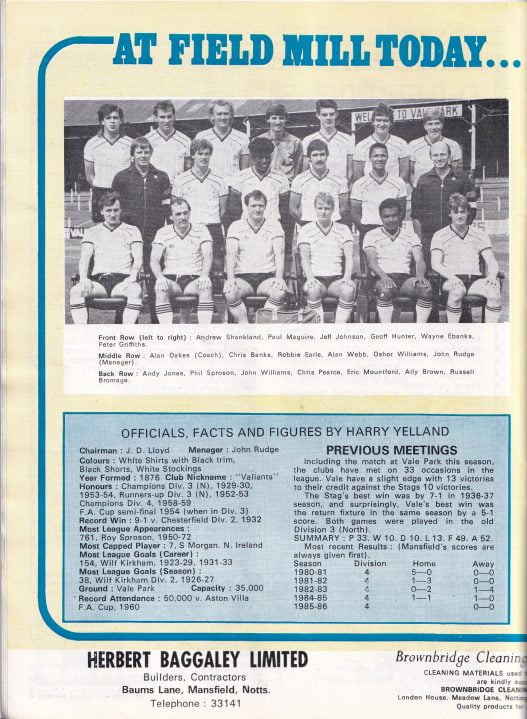 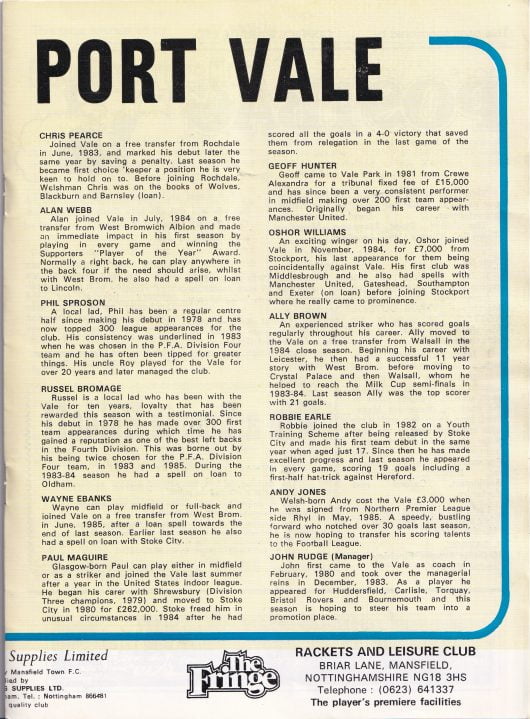 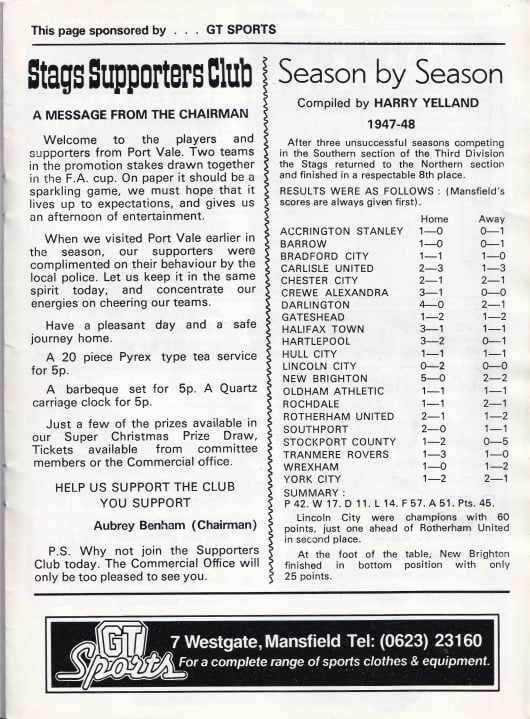 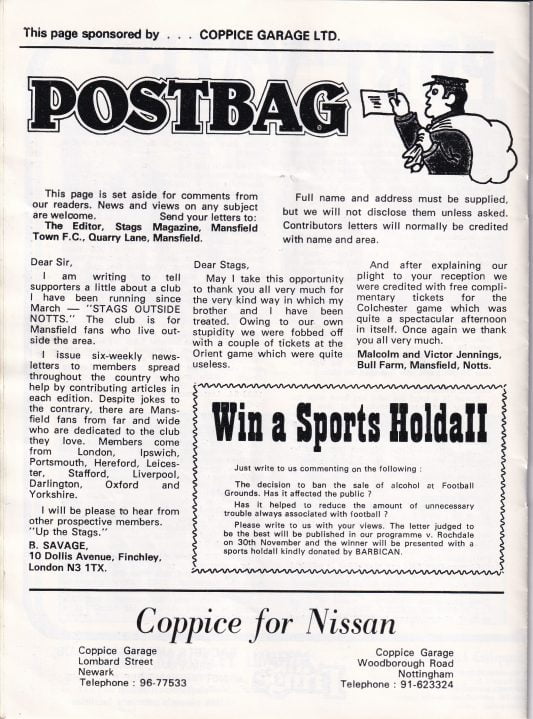 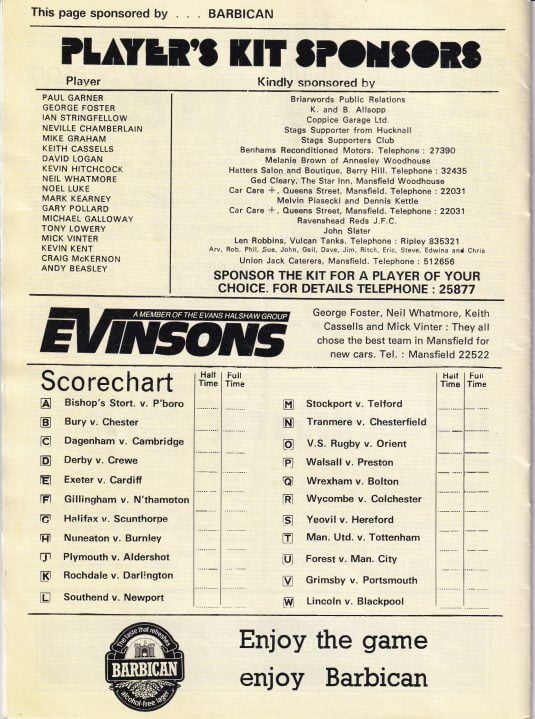 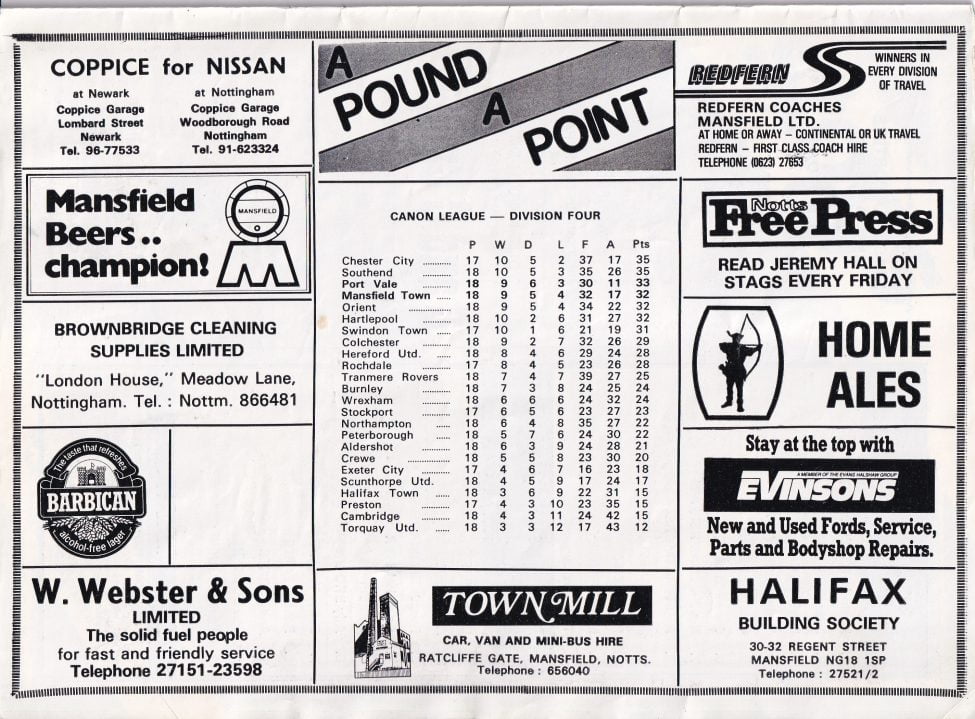