A look at some connections on the pitch between Leek Town and Port Vale. 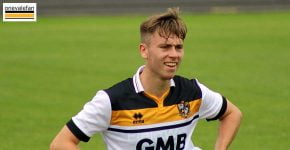 The former Port Vale youth team graduate was a fringe first-team player between 2016 and 2018 making twenty appearances. He scored once – in a Football League Trophy win over Crewe. On leaving the Valiants he originally moved to Stafford Rangers before switching to Leek in February 2019.

Purchased by then Port Vale owner Norman Smurthwaite in January 2019, Trickett-Smith spent the remainder of last season on loan with Leek. A former Crewe prodigy, he moved to Liverpool for a fee of £300,000 but failed to break into the first-team. 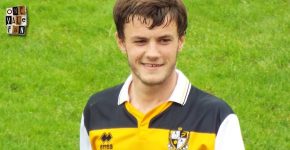 In recent years, James Gibbons and Mike Calveley have both had loan spells with Leek Town.

There are also a number of players who appeared for Leek prior to moving to Vale – those include Colin Daniel, Richie Sutton and not forgetting former striker Mark Bright.