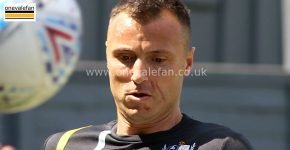 There could be two former teammates lining up against each other in this game. Port Vale striker Tom Pope and former Valiant midfielder Antony Kay were colleagues at both Bury and the Valiants. Kay is on trial with Bury at the moment. Vale’s new forward, David Amoo, also had a loan spell with Bury earlier in his career while the Valiants also signed midfielder Scott Burgess (pictured top) from Bury earlier this summer.

Vale coach Danny Pugh also had a spell with Bury but he is not expected to feature on the pitch during this match. 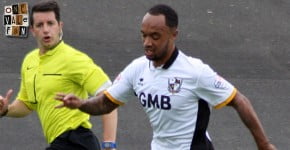 Bury have lost a number of players in recent weeks including former Vale winger Byron Moore who has opted for a move to Plymouth Argyle.