It’s a trip to Exeter next up for the Valiants so we take a look at previous meetings between the two sides.

The two sides played out a 1-1 draw earlier this season. Played on the 29th September at Vale Park, the visitors took a 48th minute lead through Nicky Law only for the Valiants to snatch the most unlikely of late equalisers when loanee Idris Kanu scored his only Vale goal (see the image at the top of this article).

Speaking after the final whistle, Vale manager Neil Aspin said: “I am delighted with the point. When you score as late on as we did today then you have to be happy with a point. But if you look at the respective positions in the table, and playing against a good side, I thought that we more than matched them today. I am really pleased with the players’ attitude. They kept going all the game and, against a good side, gave them a really good game. The fact that we had a couple of players cramping up at the end shows how much work they put into the game. I think you have to do that because you are playing against a good side with good players and you have to give it maximum effort.”

Why not give our friends at casinous a visit instead? Casino US is the top casino site guide in America, dedicated to helping their readers find the best online casinos. Give it a try and access thousands of the leading casino games.

It’s been fairly even in recent games. In the last five meetings Port Vale have won one, Exeter City have won three and there has been that 1-1 draw. 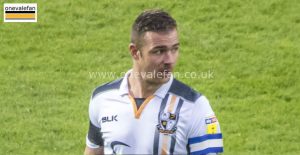 The Valiants won on their last visit to St James Park. In a match played in October 2017, Vale won by a solitary goal scored by striker Tom Pope in the 24th minute. Exeter has been a happy hunting ground for Mr Pope (right) who also scored twice in the club’s previous visit – a 2-0 win back in 2012. Will Vale make it three away wins in a row on Saturday?

Well, on this front the Valiants hold a substantial lead. There have been 49 meetings (which of course makes this the 50th game between the two sides) and Vale have won 21 games compared to just 17 by Exeter City. There have also been eleven draws. 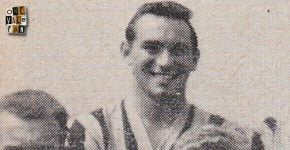 There was a 5-1 thumping of Exeter at Vale Park back on New Year’s Day 1985 but arguably the 1958-59 season proved two of the sides’ most memorable games. The game at Exeter finished in a 4-3 win for the Valiants while the return leg Vale won 5-3 at Vale Park. Vale striker Stan Steele (right) scored four goals – a brace in each game while Harry Poole also netted in both matches.

If this article has whetted your appetite for betting online, you may want to give our friends at NZBet a go? It guides sports bettors to finding the best online sports betting sites.