Port Vale’s record signing Gareth Ainsworth will be a pundit on BT Sport for their coverage of the Port Vale v Sunderland FA Cup tie.

Ainsworth was a club recording signing for £500,000 in 1997 but was sold for a huge £2m to Wimbledon just twelve months later.

The 45 year-old is now a successful manager having led Wycombe Wanderers to promotion to League One. 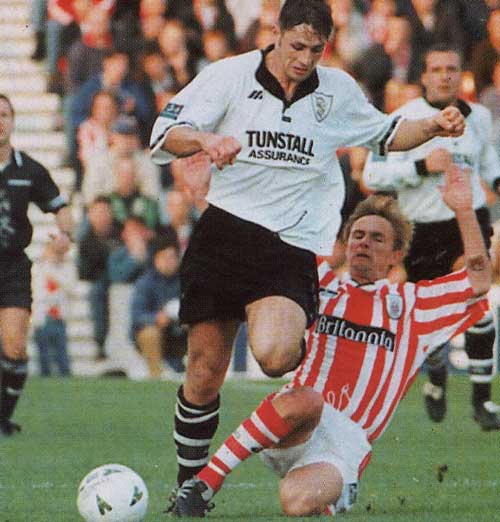 Gareth Ainsworth in action for Port Vale against Stoke City

Vale video rewind: Port Vale goals from the start of the 1998-99 season