Pictured in this image is midfielder Terry Armstrong (centre) greeting new Vale signings Gary Pollard (left) and Martin Henderson (right). It’s fair to say neither signing was a great success. Pollard only made eighteen League starts as the Vale were relegated. Henderson was even bigger failure. Replacing fans favourite Bob Newton, Henderson scored just seven goals by the end of the season (Newton had already hit four in seven games before departing) and left the club in disgrace as his contract was cancelled after he failed to turn up for the following summer’s pre-season training. 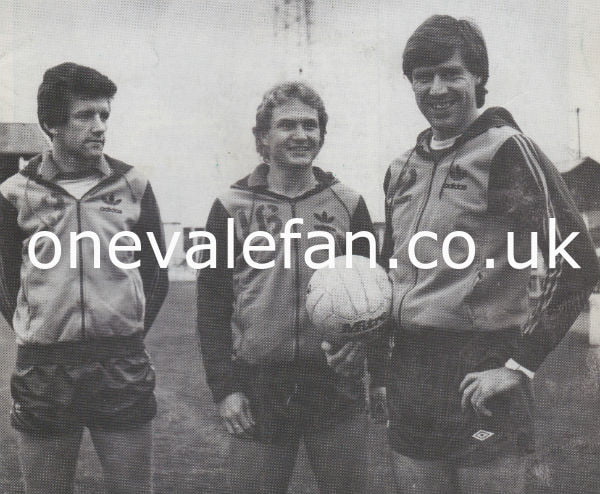