In 1972 Port Vale reached the third round of the FA Cup after defeating Southport and Wrexham. The Valiants drew Second Division West Ham in the third round. The game took place on 13th January 1973 in front of 20,619 fans. The Hammers won 1-0 and manager Ron Greenwood accused the side of “blatant calculated intimidation.”

This shot shows Vale’s midfield dynamo Tommy McLaren taking on West Ham legend Bobby Moore. McLaren is a cult hero at Vale Park after making 349 appearances over a ten year spell. Sadly McLaren died at the age of 29 shortly after being released by the club. 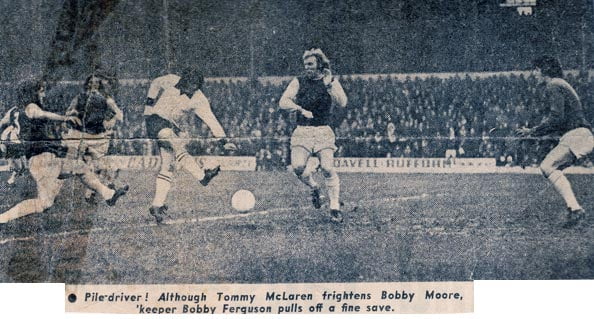