This photo shows cult striker Bob Newton showing his displeasure at a missed opportunity in the 1982-83 season.

This photo is from a game against Darlington played on the 5th February 1983. It finished 2-1 to Vale but Newton was unable to get on the scoresheet (Moss and Armstrong were the Vale scorers). However, burly striker Newton finished top-scorer with exactly twenty goals that season as Vale won promotion to the third division. 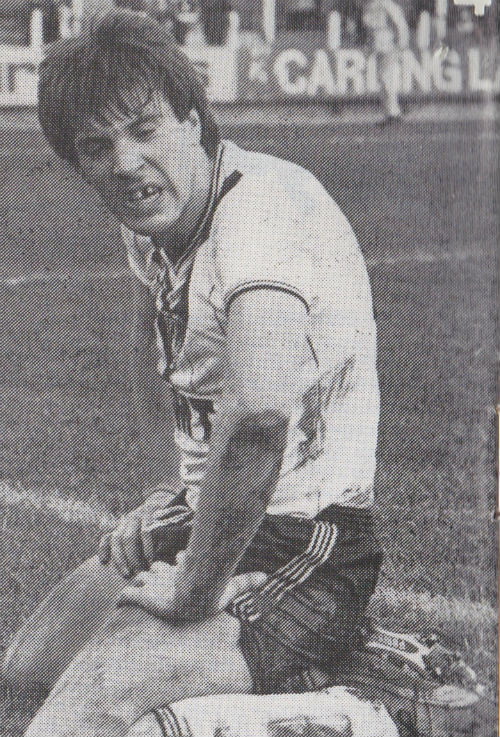