Photo Essay: After a match where Vale fans called for multiple penalties as their team were pushed and shoved in the penalty area, Northampton manager Dean Austin seemed to be watching an entirely different match.

After the 2-0 win for Vale which Northampton finished with ten men after Aaron Pierre was dismissed after a succession of fouls on Vale’s forwards, Austin commented: “Maybe we are lacking a bit of devilment and nastiness.

“We can’t be thinking that we will be a pure football team in League Two, we’ve got to mix it and be dogged and get on second balls.”

Well judging by the following image, Northampton are not lacking “devilment”. 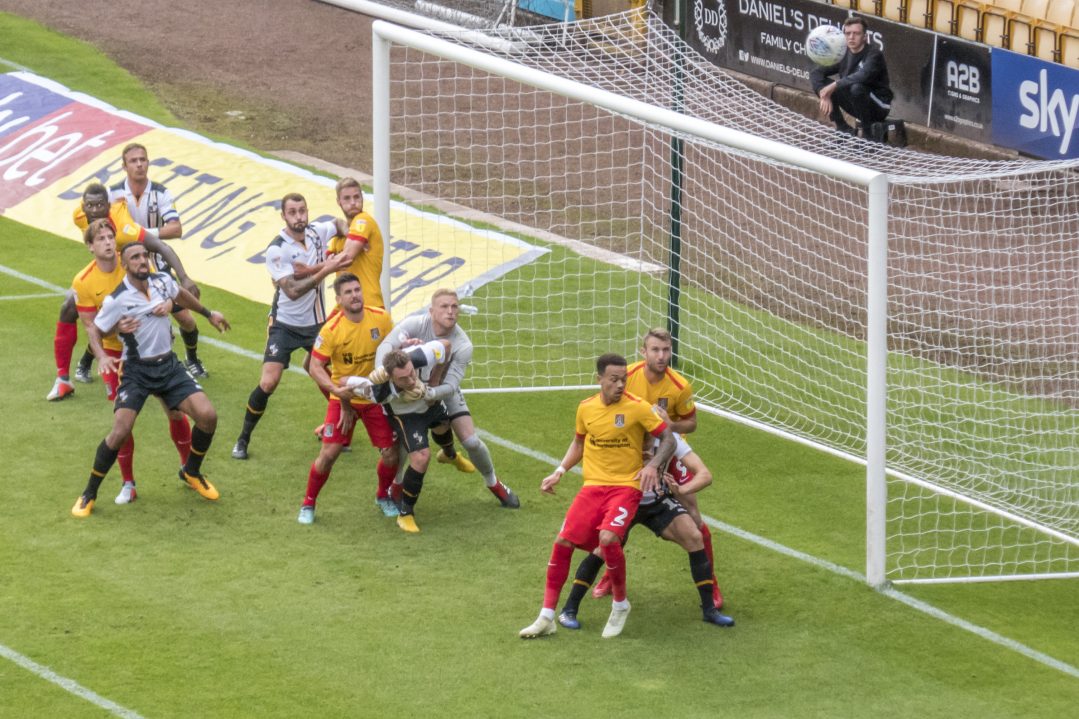 In this image (kindly provided by Rob Morris) it looks to us like Vale defenders Leon Legge (left) and Connel Rawlinson (back post) are both having their shirts held, Nathan Smith (near post) is sandwiched between another two defenders and unable to move while Ricky Miller (centre) is about to hit the turf after manhandling from the Northampton keeper.

That’s up to four fouls in the box in one photo, hardly “pure football” and no wonder the Port Vale fans were aggrieved that their side didn’t get a penalty.