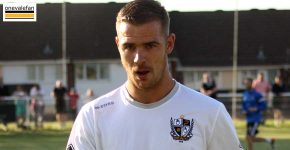 Both sides could make changes for the cup clash with Vale’s main concern being the fitness of striker Tom Pope (right). Pope was forced off injured on Saturday and is unlikely to make this game. If Pope fails to make it then the likes of Scott Quigley, Louis Dodds or Idris Kanu may come into contention. Neil Aspin may also be tempted into other changes after the poor display against Colchester. If so, the likes of Leon Legge, Theo Vassell and Danny Pugh may come into contention. Aspin may also be tempted to give Sam Hornby a run-out in goal.

Vale had a disappointing 2-0 loss to Colchester United where the scoreline could arguably have been more in favour of the home side. In complete contrast, Lincoln had a thumping 4-1 win over Swindon Town.

Danny Cowley manages the side (with brother Nicky on the coaching staff). The duo have had great success since taking over at Lincoln in 2016. The pair have guided the side back into the Football League and the club also won the Football League Trophy last season amid a string of headline-grabbin cup performances.

Danny Pugh’s consolation in vain as Vale are outclassed

Goals from Richards and Loft give Vale a home win 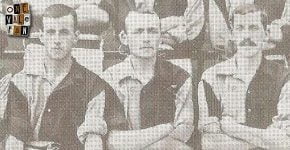 Back in 1903, Vale recorded a thumping 5-1 win over Lincoln thanks to a hat-trick from top scorer Adrian Capes (centre of picture, right) and a double from George Price. Just 2,000 people saw the game.

The two sides have only met once before in the League Cup. It was back in 1993 in the days of two legged ties. Vale drew 2-2 at home (goals from Slaven and Taylor) but a 0-0 away draw meant that Vale exited the competition on away goals.

Forward Louis Dodds had a successful loan spell with the Imps before he joined the Vale. He scored nine times in 40 games in the 2007-2008 season including a strike against Wycombe which was voted the club’s goal of the season.