In this clipping from 1923, the inquest into the tragic death of Tom Butler is announced. 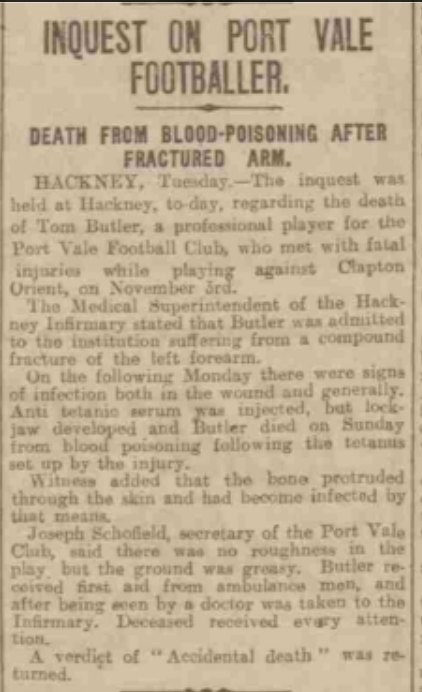 About the sad death of Tom Butler

Inside-left Butler began his career at Walsall before joining Vale in 1922. He was signed by Vale in December 1923 for a fee of £100. He was a big success scoring nine goals in 23 game during the remainder of the season. In the following season he again started in the first-team but was injured in a game against Clapton Orient. He had suffered a compound fracture of his left arm and tragically he died of tetanus eight days later. The club paid his widow the rest of his wages while Stoke City and numerous other clubs donated generously to provide the widow with a £700 benefit fund