A brief gallery showing a couple of changes to Vale Park that were evident during the opening game against Wycombe Wanderers.

A Kaleidoscope of seats in the Bycars 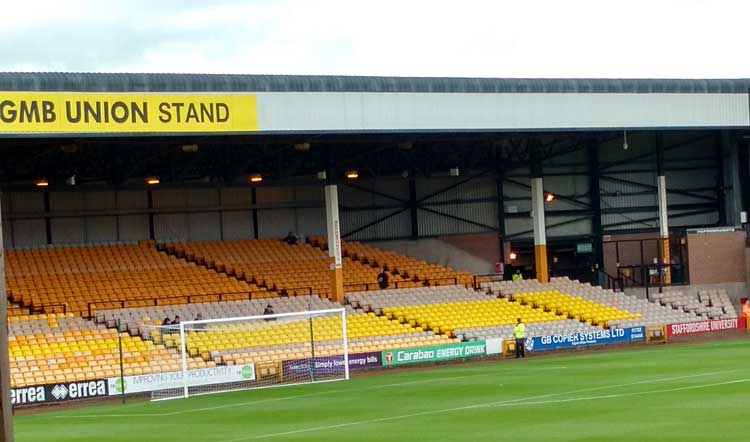 It may seem to be taking an age but the slow process of completing the Lorne St stand seems to be another small step closer. Last season a small block of around 100 seats were added to the “empty” side and it has now been joined by two more. However, it will probably be some time before the main blocks of seats are added. The concourse (and route in and out of that side) remains incomplete and it is unlikely the club can add several thousand seats without the concourse being opened first. However, the addition of a few more seats to what was previously an empty expanse of concrete is still a welcome site.

Video: watch the opening of the redeveloped Bycars stand in 1991