OVF takes a look at an astonishing turnaround in form for the Port Vale team of the 1920’s.

Let’s step back to the 1925-26 season. Vale’s season had started strongly with five wins in their opening seven games, including a 3-0 win over local rivals Stoke City. During that spell, star striker Wilf Kirkham had netted twelve times including a hat-trick against Stoke and four goals against Darlington. However, after that bright start Vale’s form started to tail off.

By the beginning of 1926, Port Vale were coming off a run of three straight defeats during the festive period. Cold weather had produced low crowds while Kirkham appeared to have lost form and was without a goal in his last five games.

It’s therefore fair to say that hopes were not too high for Vale to address the situation in the new year. Even though Vale started January with a thumping 4-2 home win the team also suffered two heavy away losses, including a 4-0 loss to Darlington.

However, after that defeat Vale managed to turn around that lacklustre form in such style that they went on an epic run that lasted through March and into April. During that time the club were unbeaten, winning seven out of eight games and scoring 28 goals including ten for Kirkham. Here’s how those results stacked up…

How did it happen?

So what caused this turn-around? There could be a number of reasons…

What happened during the rest of the season? 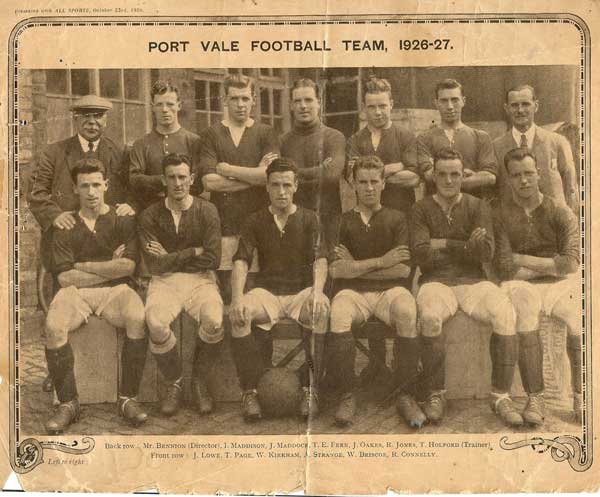 In memoriam: our Valiant fallen