Weekly Digest: U-S-Eh? How to destroy the Champions League…

In our latest edition of the weekly digest, there’s a bid to destroy the Champions League, a look at Macclesfield Town, another goal for Nathan Smith and a quiz about JJ Hooper…

It would probably come as no surprise that a US sports executive hasn’t really got a clue about how football operates and its heritage.

“ What would Manchester United argue: did we create soccer or did Leicester create it?

That’s no criticism of the US franchise sporting model which with its drafts allows a level of fairness in sports such as NFL that the money and riches of the Premier League only widens in England, but the two models – those of US sport and the historical English game – are as different as chalk and cheese.

So, while it was worrying enough to hear that Premier League sides met with Relevant Sports chairman, Charlie Stillitano allegedly to discuss “restructuring the Champions League” it’s even more worrying to hear Stilltano’s views on the competition.

Talking about Manchester United’s potential absence from the Champions League, Stilltano seems to suggest that United’s financial clout gives them more reason to be in it than table-topping Leicester.

The Guardian quotes him as saying: “What would Manchester United argue: did we create soccer or did Leicester create ? Let’s call it the money pot created by soccer and the fandom around the world. Who has had more of an integral role, Manchester United or Leicester? It’s a wonderful, wonderful story – but you could see it from Manchester United’s point of view, too.”

Perhaps the club in Stilltano is via the stand-out words in his comments: “Soccer” and “Money pot” – no further response from us is really needed… 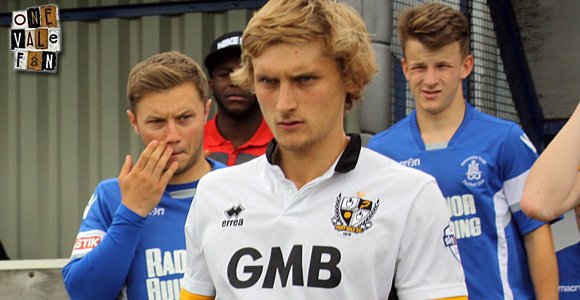 Nathan Smith’s prolific spell for Torquay continues – as does the Devon club’s fortunes.  Smith scored the winner in a dramatic 3-2 win over Kidderminster from (of all things) an overhead kick. It was the defender’s third goal in four games.

In the National League, Sam Johnson kept a clean sheet as FC Halifax won 1-0 and Ryan Lloyd played the whole 90 minutes in Chester’s 1-1 draw with Bromley.

However, there was disappointment for Colin Daniel. The winger was subbed on the hour mark as Mansfield lost at home to Yeovil.

For a while it was Mansfield Town that seemed to be the de facto club that former Port Vale players went to, but National League Macclesfield have certainly added to their Vale-related ranks in recent months.

Macclesfield manager John Askey is the son of Vale legend Colin Askey and was a youth team player with the Valiants.

Town also boast two former Vale veterans in their ranks with both George Pilkington and Danny Whitaker (above) playing their part this season.

However, last week Pilkington was joined in the first-team squad by another former Vale centre-half –  John McCombe who has joined Macc from York City.  It means Macclesfield now have four players or coaching staff with strong Vale connections. 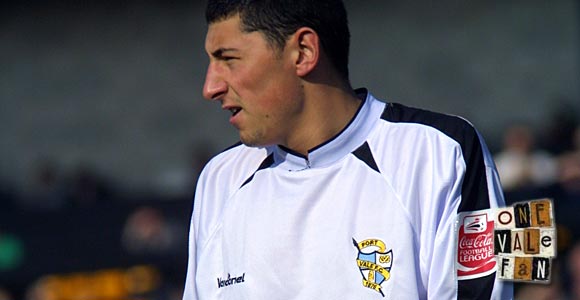 Former Vale striker Billy Paynter has had a rough time of it in recent years. A disastrous spell at Carlisle United saw him net just twice in 22 games and his commitment to the club questioned by fans annoyed at his reluctance to move to the area. However, he’s had a revival of sorts at Hartlepool which he joined in the summer. The 31 year-old has been made team captain and responded with ten goals in 22 games.

He was recently hailed by manager Craig Hignett as: “Billy’s the captain, a great leader. His performances have been really consistent. He’s been a talisman, people look up to him and if he is playing well then the team plays well.”