Cult hero Lucien Boullemier: A footballing artist – this is the story of one of Port Vale’s most extravagantly named players who excelled in both sport and ceramics.

Lucien was the son of  French-born ceramic artist Antonin Boullemier, who had moved to the Potteries for a career at Minton’s Factory.

The young Lucien initially worked as a ceramic artist before he found he had a skill for football. He played for a number of local junior sides before joining Stoke City in 1896 and aged just 19 years of age, he played seven First Division games.

He left Stoke in 1897 and signed for the Valiants playing as a right-half. However, after five years at Port Vale, during which time he won the Staffordshire Cup, the 25 year-old Boullemier announced his retirement and moved to the United States to work for a china factory in New Jersey. He also continued to play football in the USA.

The move to the States didn’t work out and Lucien returned to England in 1905. The 28 year-old had a brief spell with Northampton Town before rejoining Port Vale. However, the move didn’t work out and after just one game he retired for good. By the end of his career he had made over 150 appearances for the Valiants.

However, Boullemier now concentrated on his other career – ceramics. By 1933, the 58 year-old had his own range – “Boumier Ware” produced by  New Hall Pottery Company. The pieces remain popular collectors ware to this day. It’s difficult enough to make a telling contribution in one discipline but his football and ceramics talent meant that Lucien made a lasting mark both on and off the pitch in the Potteries. 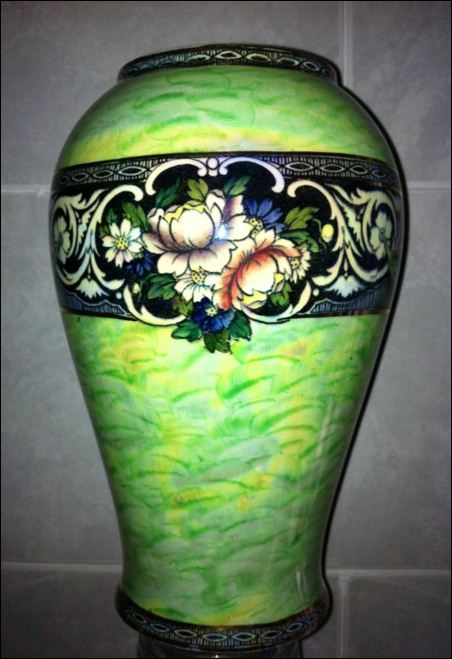 Lucien’s signature on the deeds to his house