In the course of our research we came upon a 1925 edition of the Staffordshire Sentinel and an interesting debate brewing in the letters pages.

In 1925, the conurbation of Stoke-on-Trent was about to be awarded “city” status and Stoke FC had quickly applied for a name change to “Stoke City FC”

However, one cheeky letter writer in the June 9th edition of the paper clearly felt that Port Vale actually had a better claim to the title: 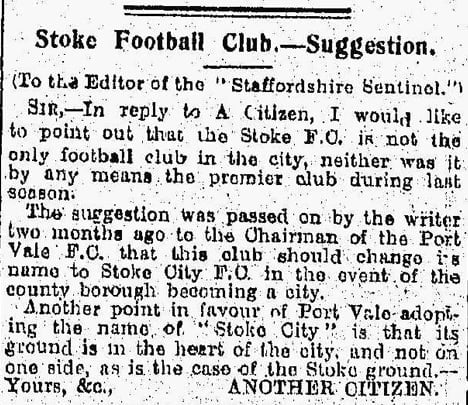 The writer was clearly making reference to the 1924-25 league table which had Port Vale in eighth place and Stoke in a lowly twentieth place in Division Two: 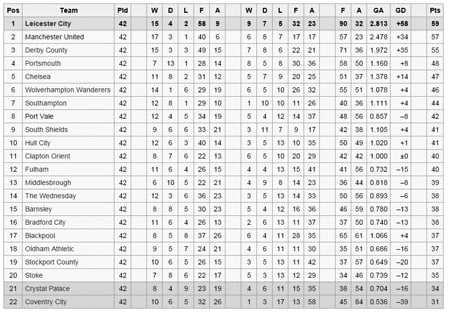 Vale had also completed the double over their rivals that season and were then located in Hanley in the centre of the Stoke conurbation.

Sadly (or perhaps happily) the fan’s campaign was to no avail and just 17 days later, the Stoke name change was approved: 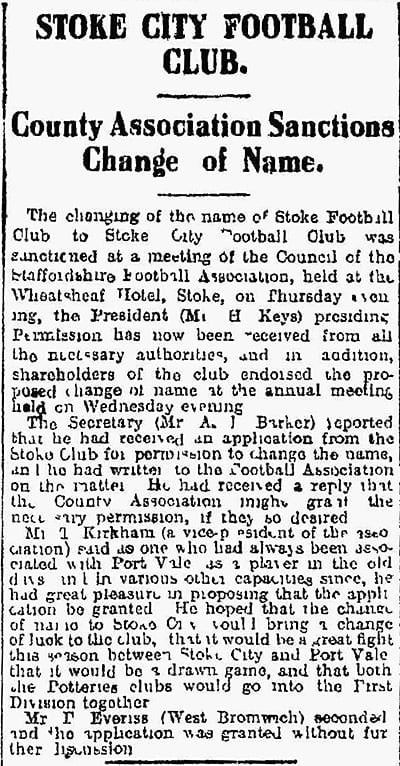