The strange tale of Port Vale and a whale…

Here is a vintage postcard which shows Port Vale players standing on top of a beached whale in Cleethorpes. 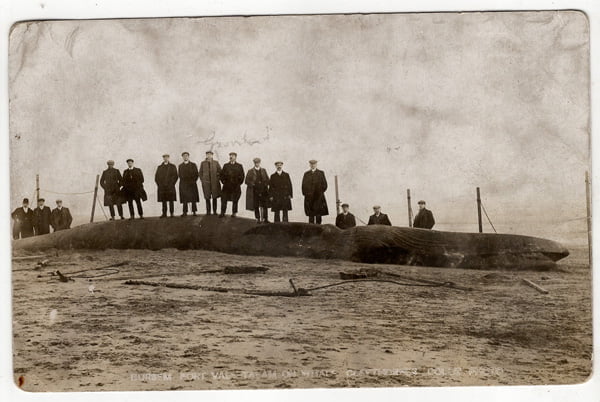 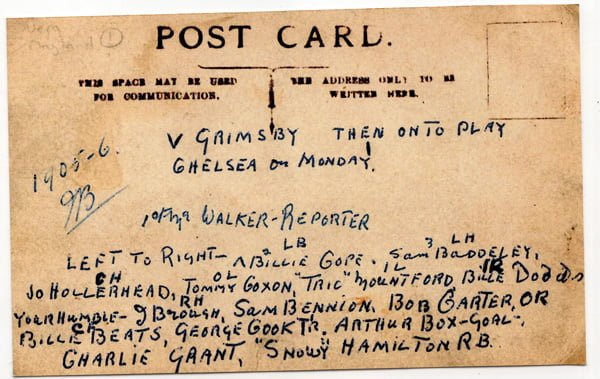 So, what’s the story behind the postcard?

Well, the Vale travelled up to play Grimsby Town in 1907 (the postcard says “1905-06” but our research suggests that is wrong). Vale (as did most football teams in the day) would have trained on the beach (in Cleethorpes near Grimsby) where they spotted the whale and this photo was taken. The team then travelled to London on the Monday to take on Clapham Orient (not Chelsea as the card states).

People featured on the postcard include legendary figure Sam Bennion (who was fan, player, manager and chairman at various times), Joe Brough (who spent three spells with Vale) and Billy Beats (a former England International).

You may also notice that the image is also marked with “Grandad” – the card was presented to Port Vale by the grand-daughter of the person arrowed in the photo.