Naylor, a skilful striker, scored arguably one of the greatest goals ever seen at Vale Park in a game against Sunderland in 1997.

He also appeared in the 2-1 2001 LDV Vans Trophy final victory where he won a penalty for Vale’s first goal and set-up Steve Brooker for the second.

Tony Naylor left the Valiants in 2001 to join Cheltenham Town.

Following his retirement as a player Naylor arranged a number of summer charity matches at the club. 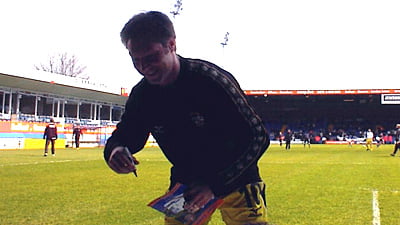