A programme from Port Vale’s promotion campaign as they meet promotion rivals Wrexham in front of a crowd in excess of 19,000.

Gordon Lee’s Port Vale side were unbeaten in the league as they meet promotion rivals Wrexham in October.

Vale took the lead in the first-half through cult hero Tommy McLaren only for Wrexham to equalise in the second-half. A crowd of 19,946 watched the action.

Later in the season, Vale got their revenge with a 1-0 win at Vale Park. At the end of the season, both sides were promoted into the Third Division. 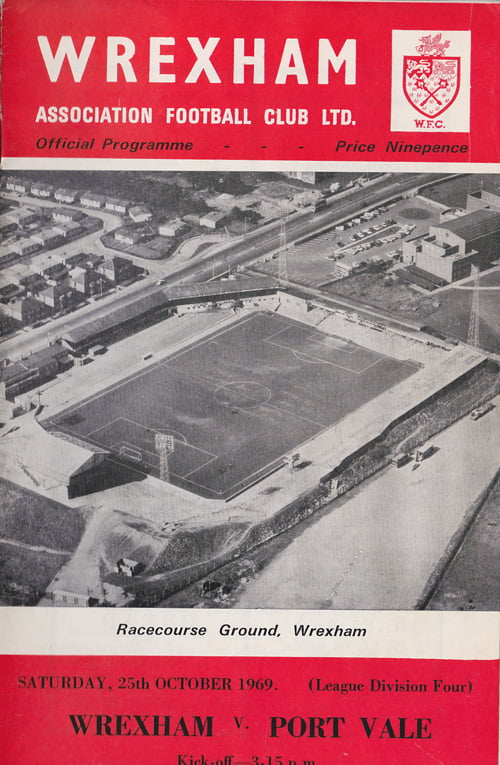 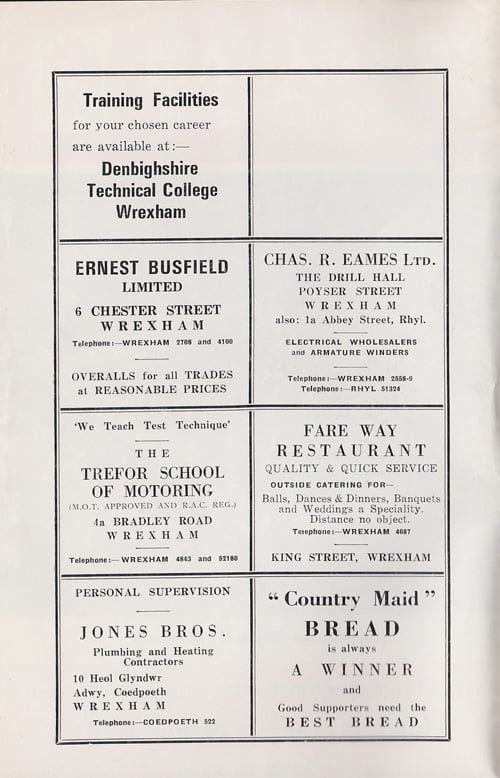 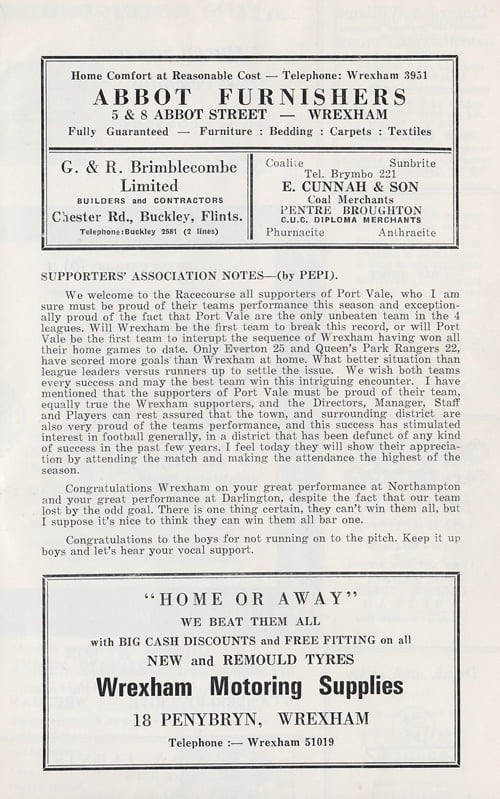 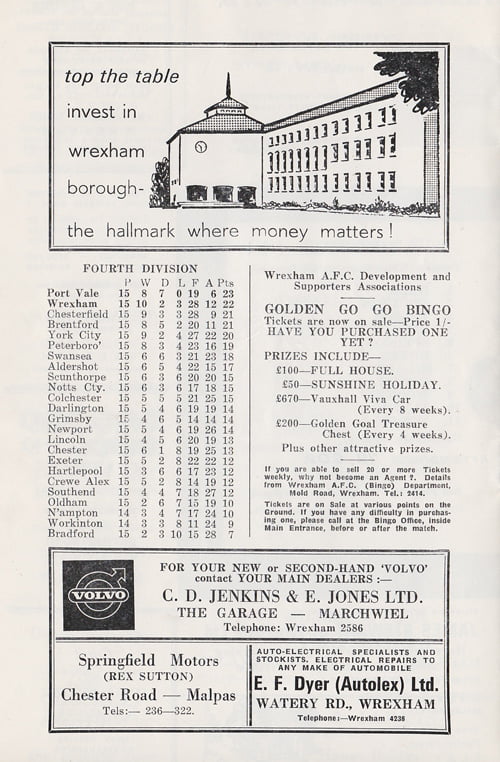 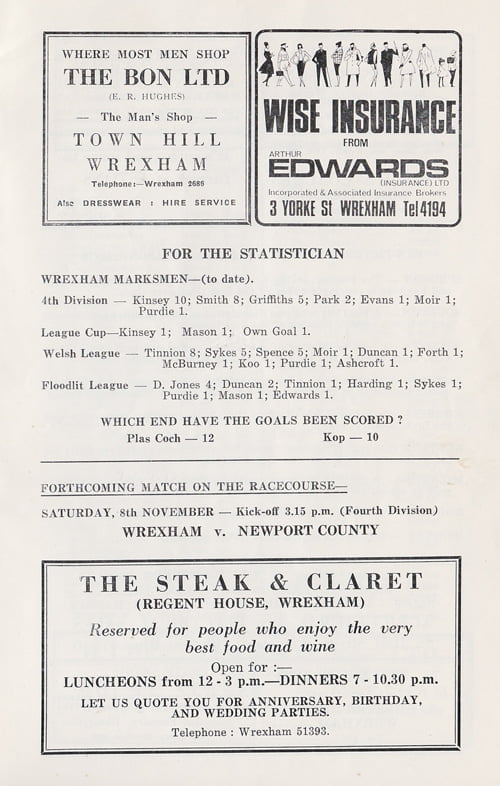 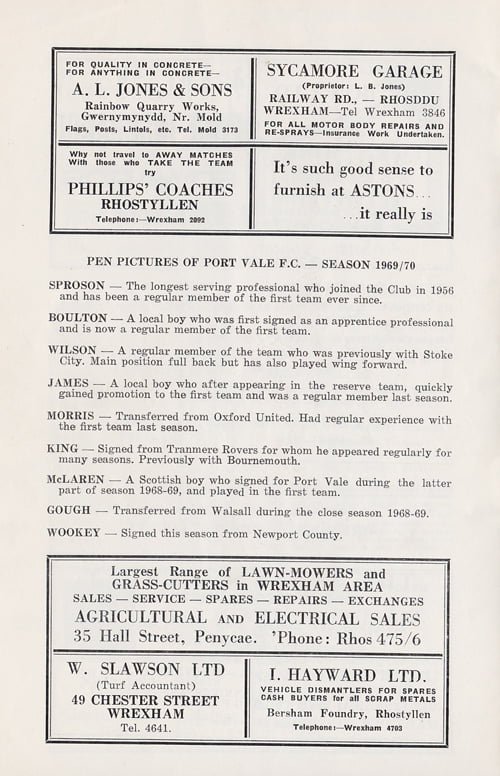 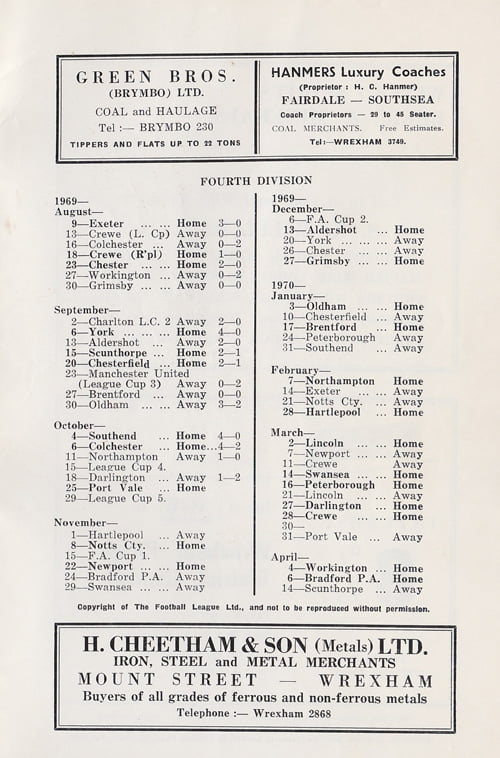 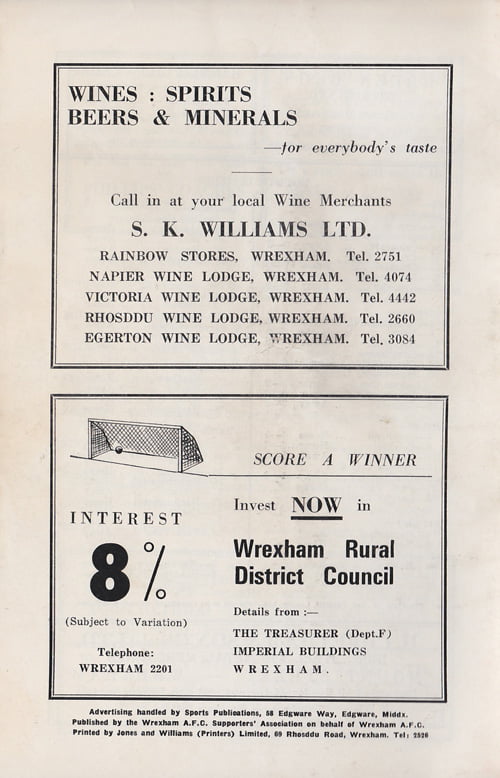