OVF have been handed images of the first-ever programme for the Old Recreation Ground stadium – and the notes in it suggest a founding date for Port Vale of 1878.

The programme notes comment that “To-day enters the 35th Anniversary of the above club” (which considering the programme was published on September 1913 puts the founding date of the club at 1878 or later, not the official date of 1876.

To-day enters the 35th Anniversary of the above club…

Indeed, this programme backs the view of historian Jeff Kent, who has researched the period thoroughly. Kent ascertains that “the case for 1876 is very weak” and maintains that 1879 is the most likely formation year. However, Kent also comments that he doesn’t “think that any formation date will be 100% certain” as “a founding document has never been discovered, and almost certainly never will be.” This programme certainly adds more weight to historian Kent’s view that “the case for 1876 is very weak.”

The Valiants remained at the ground until 1950 when Vale Park was opened.

Here are images of the programme: 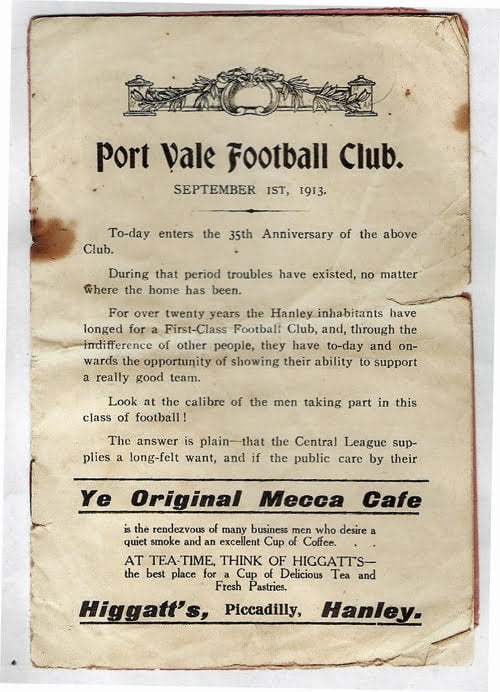 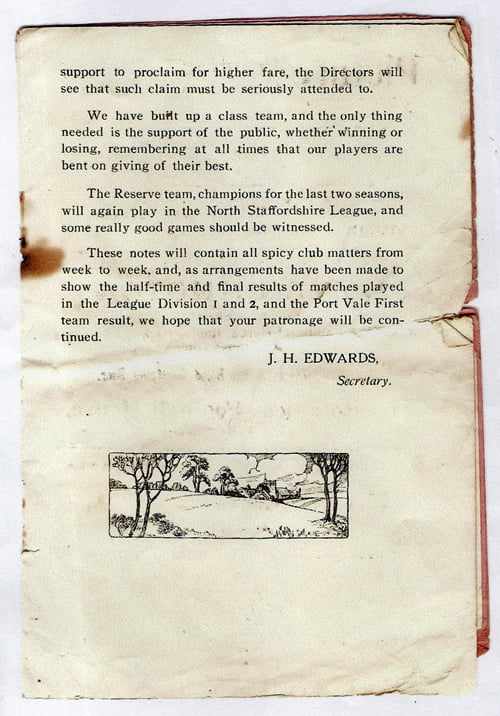 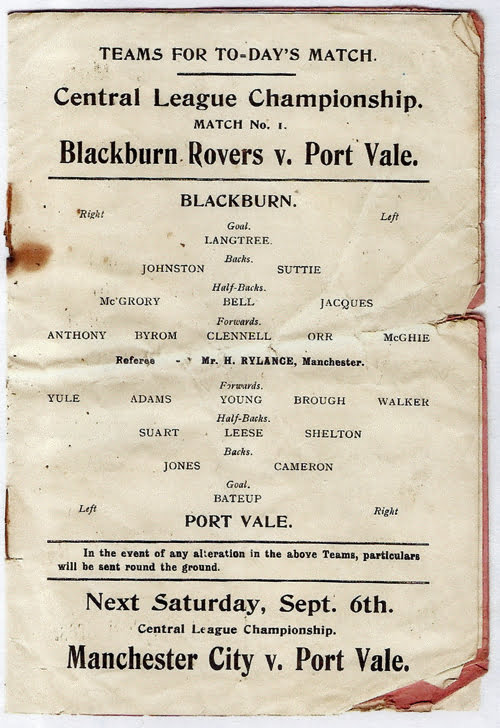