We have some newspaper clippings from 1967 including a tribute to Roy Sproson, a profile of Stanley Matthews, Tommy McLaren’s debut and a long-distance Vale fan. 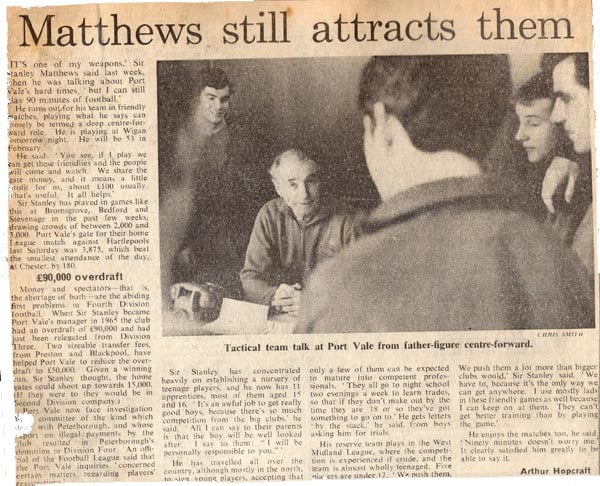 An article in the Observer newspaper from 1967. 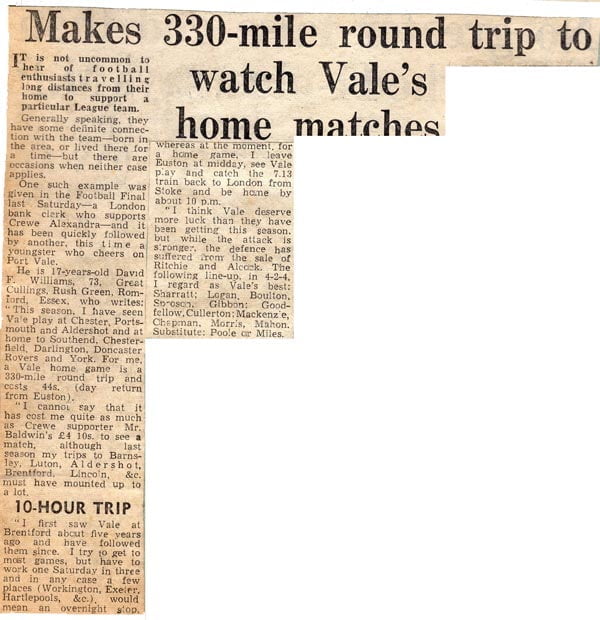 This scrapbook with cuttings from the late 1960’s and early 1970’s was kindly provided to OVF by a long-standing Port Vale supporter.