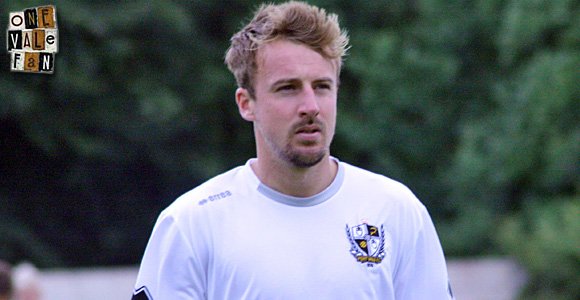 Chris Lines: will return to the Vale midfield

Chris Robertson misses out through suspension after picking up his fifth booking of the season. His absence could see Liam Chilvers return to the side. With Dan Jones still an injury doubt after the Milton Keynes game, another option is Doug Loft switching to left-back with Carl Dickinson moving across to partner Richard Duffy. Meanwhile,  Chris Lines will make a welcome return to the midfield after suspension.

Rotherham will be without former loanee Nouha Dicko whose loan spell has ended. However, Haris Vuckic will be available. The Millers will also be without right back Mark Bradley and midfielder Rob Milsom. 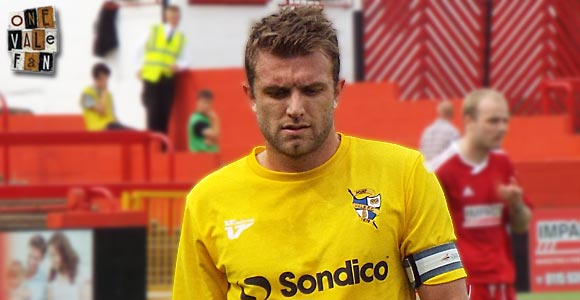 “They are a tricky side, they always work hard and they put you under pressure. They have got quality on the ball so we know what to expect. We always have good games against them and I always enjoy the games against them so it will be good.”

“Some of our players are not at the top of their form at the moment, but they are all soldiering on and getting through it. They picked themselves up well after Saturday’s defeat and I’m delighted with them.”

– Micky Adams after the win over Notts County

Rotherham:
Steve Evans
Age:
51
Time in charge:
2012 to present
Games in charge:
86 (W: 42 D: 19L: 25)
Convictions:
One. Pleaded guilty to evading tax in 2006. He was also fined £8,000 for impeding an FA enquiry.
Memorable quote:
“The people of Boston were embarrassed, annoyed and fed up with the events of the past five years.” (the Boston Utd supporters trust on Evans’ reign which culminated with his conviction in 2006)

Vale completed the double last season by winning 2-1 on Boxing Day. Louis Dodds and Tom Pope were the Vale scorers.

Played Rotherham at home, we won 6-2 with Tom Pope scoring four times.  Ashley Vincent and Louis Dodds were the other Vale scorers.

The last Vale team to face Rotherham was: 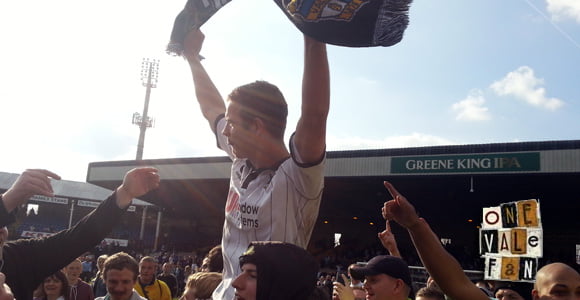 It’s probably no surprise that Tom Pope will be the subject of much attention after five goals in two games against his former club last season. Pope originally joined Vale on loan from Rotherham in January 2011 before the move was made permanent in June of that year. Pope only managed six goals for the Millers after a £150,000 move from Crewe but he now has 51 in 136 appearances for the Valiants.

Cummins still up and running

Should he feature this will mark Ben Williamson’s 99th game for Vale – but he’s only managed to start a third of those games. Ben has 33 starts plus 65 sub appearances from his 98 appearances so far…