Cult hero Steve McPhee: the Scottish striker started with a goal and left under a cloud of controversy, but he will be remembered fondly by a generation of Vale fans.

Before we explore the story of Steve McPhee’s spell at Port Vale, it’s perhaps useful to explain again how the criterion of “cult hero” is assessed. We’re not looking for club legends or heroes for this series – in fact many of our cult heroes have their flaws – but this series for players who, while not the greatest, remain fresh in the memory.

So, while Steve McPhee will not be remembered as one of Port Vale’s all-time great strikers (surely Wilf Kirkham, Martin Foyle, Darren Beckford et al all rank above him) his spell was memorable – for both good and bad reasons.

Let’s start with the good…

McPhee was a free transfer signing by Brian Horton in 2001. As he’d only played seven games on loan for St Mirren, the jury was out on whether McPhee would make an impact at Vale. But following his goalscoring debut, it was clear that the tenacious Scottish forward had much to offer.

McPhee scored 14 times during his first full season, showing glimpses of his talent and earning further cult kudos by netting against rivals Stoke City. But after a disappointing second season at Vale Park (in which he had only scored three times) the jury was still out on whether the hard-working McPhee would be able to consistently find the back of the net.

Well, any doubts were blown out of the water in the 2003-2004 season as McPhee hit 27 goals – the highest tally for a Vale player since Andy Jones’ 37 goals in 1986-1987. McPhee’s goals almost guided Vale into the League One play-offs but ultimately the side just missed out, finishing in seventh place. And after that disappointment, worse was to come…

And now for the bad…

McPhee was by now a wanted man. Out of contract in the summer, if he decided to move, Vale knew that McPhee would still command a fee from other league clubs. Perhaps expecting a bidding war, Vale chairman Bill Bratt subsequently rejected an initial £100,000 bid from Leeds United. 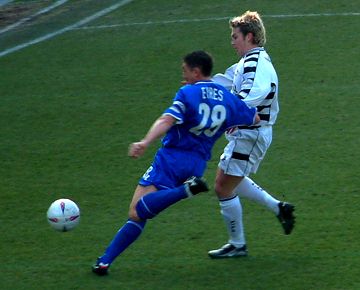 And then McPhee dropped his bombshell.

Advised by his agent, the striker had opted to join ambitious Portuguese side Beira Mar – and as the side were not English, Vale would not receive a fee for the out-of-contract striker.

To rub salt into the wounds, McPhee’s agency turned out to be thoroughly unpleasant as a clearly upset Port Vale board bemoaned the sale. The head of the Stellar Group, Jonathan Barnett (later to receive an FA misconduct charge for tapping up Ashley Cole) told the press: “Port Vale are a two-bob operation and we are a major company. Their concerns, they can stick up their arse.”

It was probably the attitude of the agency that soured the end of McPhee’s relationship with Vale. Yes, Vale had missed out on a potential windfall but the player had cost the club nothing and had contributed an impressive 44 goals in three seasons. McPhee was almost apologetic as he left Vale Park commenting – “I wanted to help Vale out, but the only way I could do that was if a Division One club came in, because I didn’t want to play in Division Two. It is not about the money it is about bettering myself.” On reflection, it was probably Barnett’s rudeness rather than McPhee himself that soured things.

Now, some nine years after he left, fans can no doubt reflect on McPhee’s impact with more fondness. His tenaciousness, energy and goal threat endeared him to a generation of Vale fans – even though the ending didn’t turn out the way the fans, or indeed McPhee, wanted it. 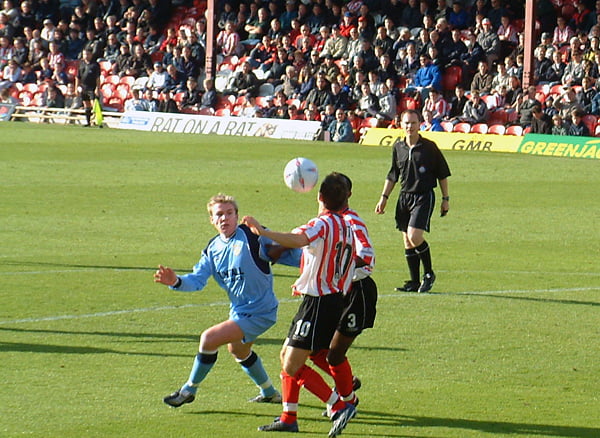