In our latest leaf through the pages of a Port Vale programme, we take a look at West Ham’s 1985 programme for their FA Cup clash with the Valiants, a tie that evokes some personal memories for OVF editor Rob Fielding.

The regular passengers were turfed off and it was filled with Vale fans. On arrival at Barking station we were then marched at quick pace to the stadium. It was now half-time in the match…

The third round FA Cup tie against the top division side took place on the 5th January 1985. It was Fielding’s fourteenth birthday (his birthday fell on or around FA Cup third round day, making for some fantastic birthday memories when Vale did manage a giantkilling).

Fielding recalls: “We took the football special train from Longport station, the last time I remember doing so. But the journey was torturous and we ended up in sidings somewhere outside London for what seemed like hours.

“Eventually, we arrived at the train station and the police decided to commandeer a tube train. The regular passengers were turfed off and it was filled with Vale fans. On arrival at Barking station we were then marched at quick pace to the stadium. It was now half-time in the match.

“In those pre-mobile phone and internet days, hardly anyone had a clue of the score, but we rapidly found out that Vale had done really well and the score was goalless.

“However, Vale capitulated in the second-half and in the 45 minutes we watched, a young striker called Tony Cottee scored a hat-trick as the Hammers triumphed 4-1.

“To rub salt in the wounds, there were further train delays on the way back. I arrived back in Stoke-on-Trent tired and disappointed but despite that it’s still one of more memorable Vale ‘birthdays’.”

A crowd of 11,452 witnessed the action that day – Peter Griffiths was the scorer of Vale’s consolation goal.

Here is the programme from that game: 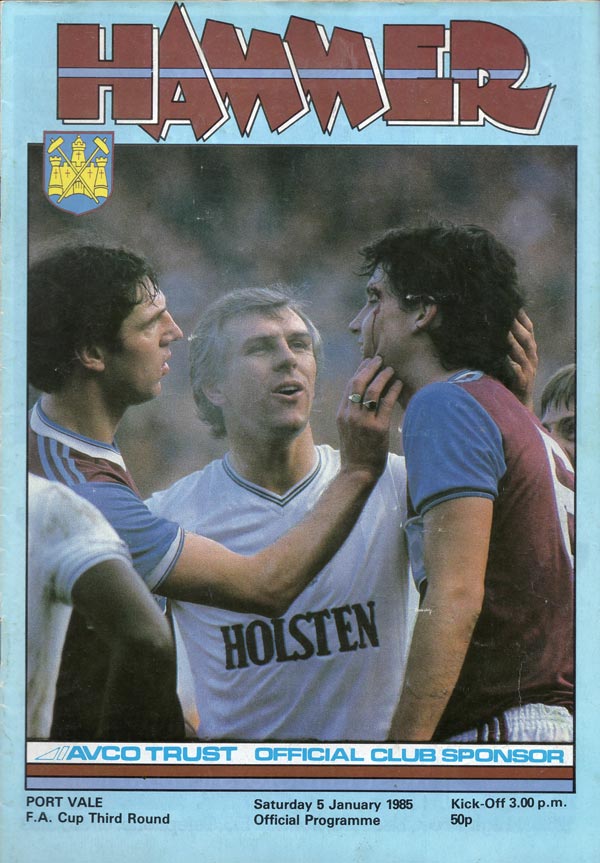 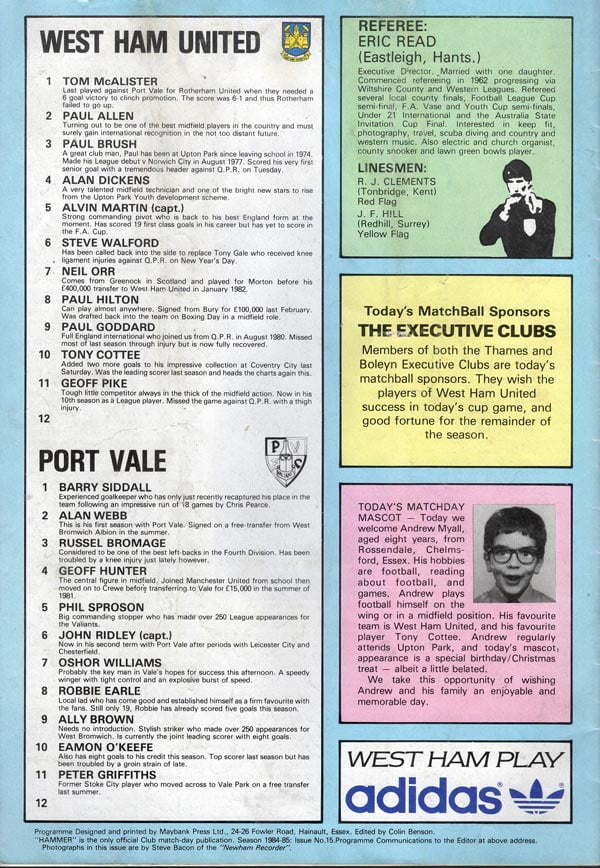 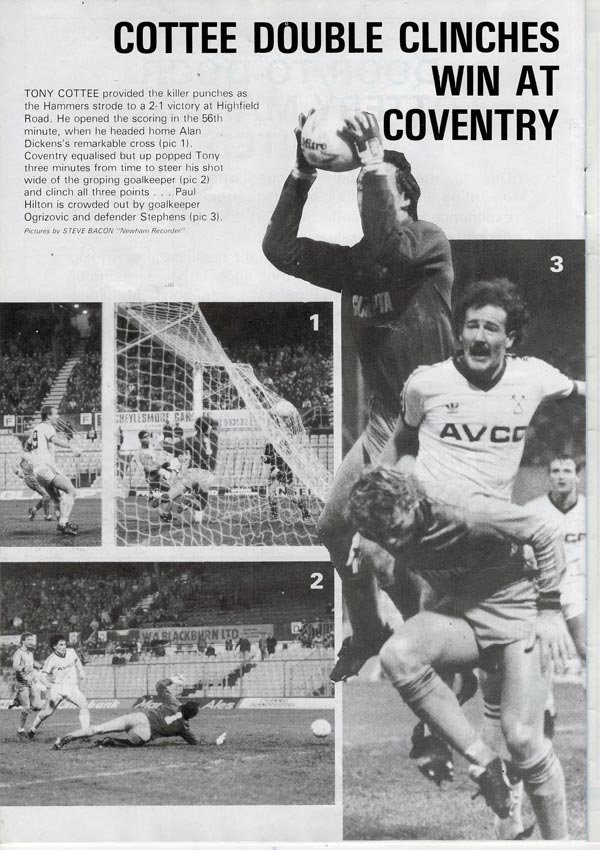 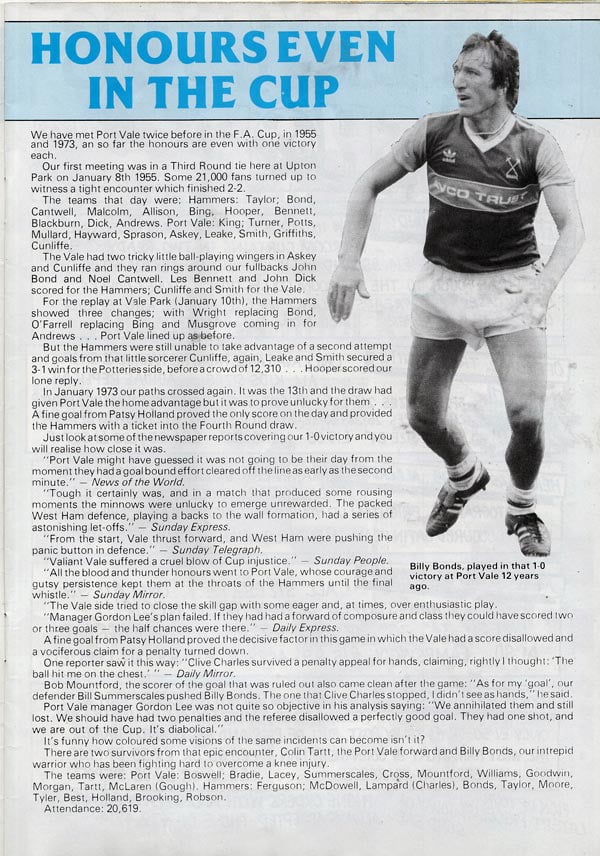 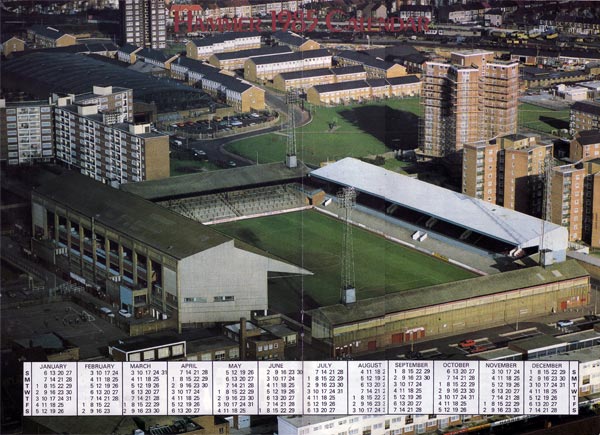 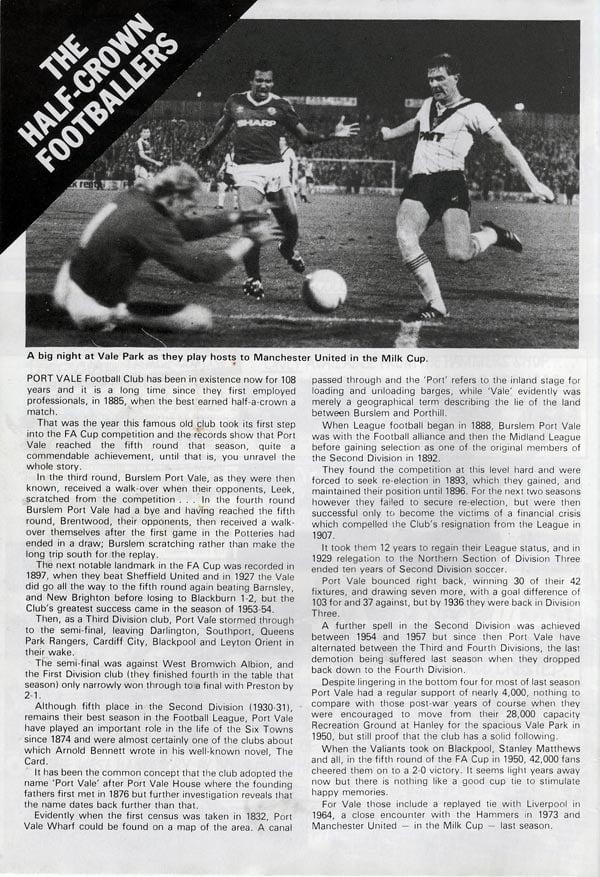 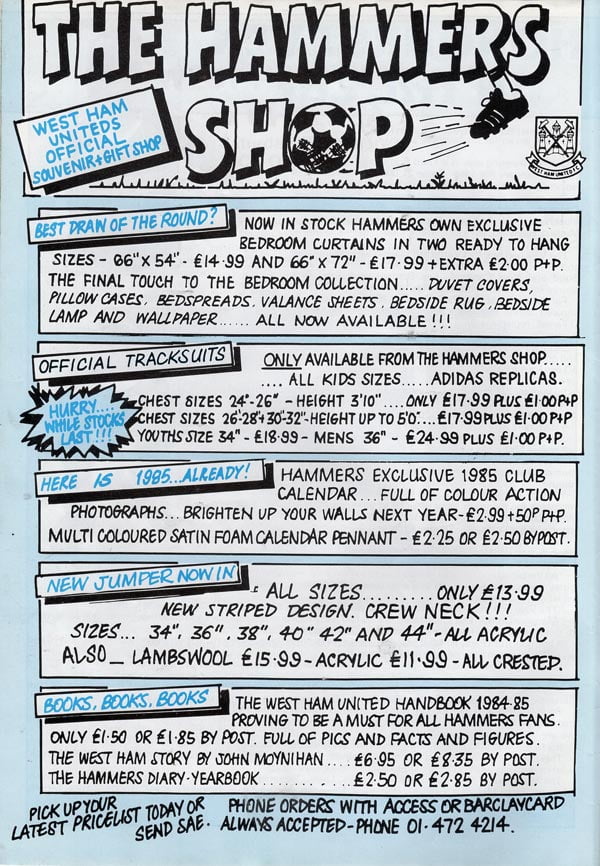 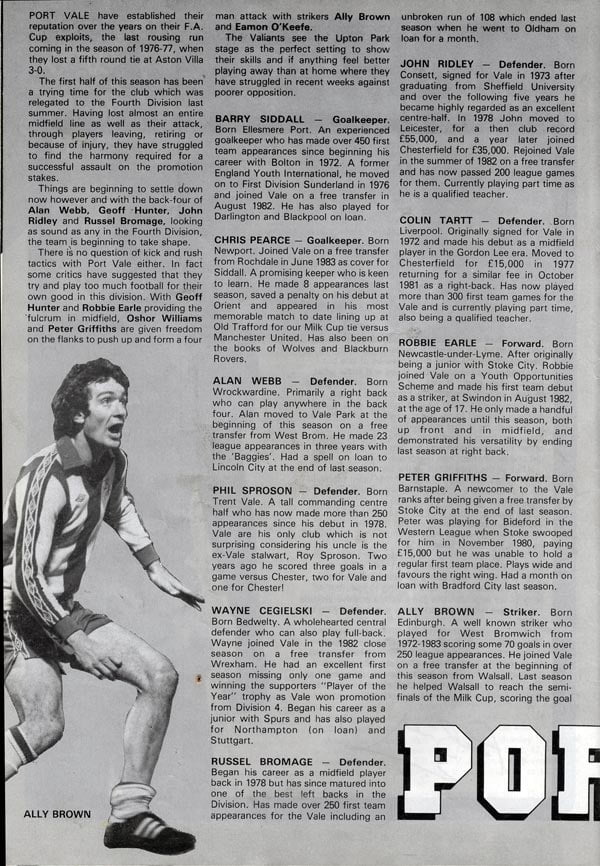 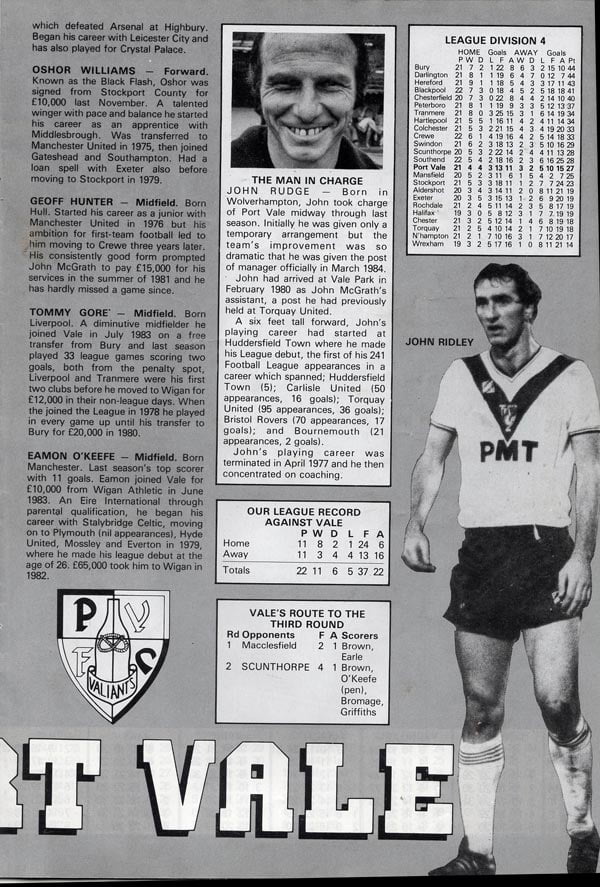