Hirst: Battle with the board nearly killed my love for Vale

We welcome a new blogger to OVF with Malcolm Hirst kindly agreeing to provide us with his Port Vale thoughts and observations. In his first column, Malcolm reflects on his decision to try and bring about change and the challenge of taking on the Port Vale board. 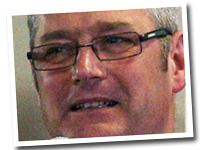 Malcolm, a long-serving Vale fan has been an OVF user since the days of the “one Vale fan in Bristol” website. Unfortunately, he even had to put up with travelling to some games with OVF head honcho Rob Fielding. Malcolm rose to attention in 2010 when he and fellow members of the North London Valiants supporters group forced an EGM in an attempt to remove the unpopular board from power. These are his personal views.

I often wonder whether the three North London Valiants members I met on the way to the FA Cup match at Hereford in December 2006 ever regretted asking me to travel with them? There was four hours of joyful anticipation on the journey up. This was followed by four hours dejection on the return journey into Paddington Station after a four-nil drubbing.

It was four years later that I was trying to persuade this hitherto non-political group to support the undertaking of a survey to prove that the groundswell, against Bill Bratt and the V2001, was more that the few internet kids they were trying to make it out to be. There was reticence, and rightly so. There was concern over where it might all lead. Those who doubted, just in case it ended up with an EGM, were proved to be absolutely correct.

I was passionate to see justice done for all Vale fans and the club I had loved and followed since my early teens. However, there were times when I could have walked away from Vale for good and meant it. I remember talking to one couple on Hamil Road prior to the EGM. They were shareholders, season ticket holders and Vale fans for over a century between them. They were almost in tears when they said what had been on my mind for a few days.

“If we don’t get this lot out (V2001 Board) then that will be the end of following Vale for us.” I had tears in my own eyes as they drove off. I felt the weight of responsibility and I knew the pain they, and many other loyal Vale fans, felt.

It was at this time that the “NW5” song by Madness became an anthem for me. The words sent a pain through my heart as I listened to them:

Though you have become a burden
One thing remains, that’s for certain
I will love you all my life
But without you in my life…

Though we face the final curtain
One thing remains, that’s for certain
I will love you all my life
But without you in my life

What was unthinkable to me and any one who knew me, was becoming a possibility – to walk away from Vale, to never to watch them ever again. To still love Vale, but not have the club as a big part of my life, it was an unpalatable yet very real thought.

Thankfully, I came through this and I sincerely hope that couple I met on Hamil Road have too. Back in North London we have been talking about football once again anticipating a new era with Keith Ryder. I am now looking forward to many more away days and the pains and joys of watching Vale.

Having Vale in our lives is truly a great thing.

Opinion: should Vale stick or twist over Neil Aspin