OVF presents a quick guide to Port Vale’s next opponents including Bob Newton’s connection between the two sides, a memorable achievement from Marc Richards and why Vale Park is not a happy hunting ground for the Pirates.

They ended a four game winless streak with a thumping 7-1 win over Burton. However, their away form remains patchy at best.

Paul Buckle was sacked back in January after a string of poor results and rumours of disharmony in the squad. The new appointment was Mark McGhee who has managed seven wins, six draws and four losses so far.

It was one of Vale’s best away performances of the season as Marc Richards, Doug Loft and Sean Rigg scored in a 3-0 win at the Memorial Ground. Rigg earned much praise that day by refusing to celebrate a goal against his former club.

Port Vale have won 25 times, Rovers have won 18 times and there have been 18 draws. Rovers have not won at Vale Park since 1992. 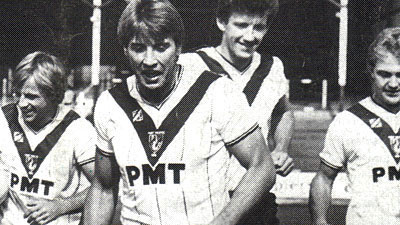 Bob Newton’s (pictured) career at Bristol Rovers may just be a footnote (he played his last eight league games of his career for Rovers in 1987) he will be fondly remembered as a cult hero at Vale.

His barnstorming 22 goal tally during the 1982-1983 season proved to be crucial as John McGrath’s side gained promotion and his departure the following season probably played a large part in Vale’s relegation.

You can read our cult hero feature on Newton here 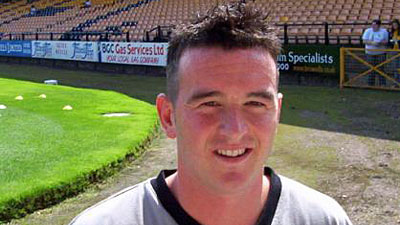 On the coaching side, Martin Foyle played for Vale and coached Rovers, while John Rudge played for Rovers and managed Vale.

It’s certainly “guess the team” time for the Vale. Stuart Tomlinson and Rob Taylor are fit enough to be included but Micky Adams has also indicated he may give some youngsters a go. That could mean 18 year-old Joe Davis is retained at the back (especially with Clayton McDonald awaiting the result of his trial), while Ryan Lloyd (who alongside Davis will be offered a professional contract) could make the squad.

This could be Marc Richards’ 200th senior appearance for the Valiants. The striker joined in 2007 and has managed 178 league games, 8 FA Cup appearances, 7 League Cup appearances and six games in other competitions. He’s scored 73 goals which puts the striker in ninth place in the club’s all-time scoring list.

“Bristol Rovers started the season with one of the biggest budgets in League Two and a manager who had been reasonably successful at Torquay. But it didn’t work out for them and now they’ve gone with an older, more experienced head in Mark McGhee.It will be nice to see him again. His man-management skills are excellent and he gets teams organised. He’s been at the top level and Bristol Rovers are lucky to have him.”
– Micky Adams

The ever-impressive Supporters Club will be selling t-shirts and postcards by the official entrance. All proceeds go to the #Save the Vale campaign to help pay the coss of administration.

On another note, you can read the transcript of Wednesday’s meeting with the club’s prospective owner on their website – www.portvalesupportersclub.org

Rovers are engaged in a project to move to a new stadium site on the grounds of the University of the West Of England. The campus is situated just off the M32 on the outskirts of Bristol and you can read more about what sounds to be a fascinating venture here – http://www.uwestadium.com