We present exclusive images from the programme for Vale’s biggest-ever match, the FA Cup semi-final against West Brom in 1954.

In 1954, Port Vale’s legendary Iron Curtain side, managed by Freddie Steele, reached the club’s only FA Cup semi-final. The record-breaking side has already defeated Stanley Matthews’ Blackpool and now faced West Brom at Villa Park. Vale were to sensationally take the lead but were to ultimately to lose 2-1 after conceding a controversial penalty.

Ironically, it was former Vale player Ronnie Allen who scored the winning spot-kick. The match was held in front of over 68,000 supporters. 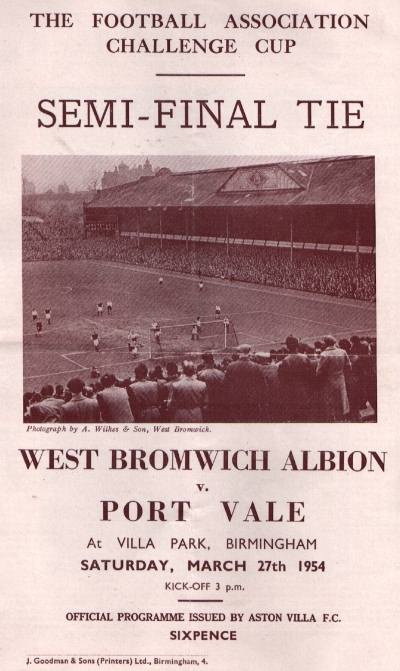 The front cover of the programme 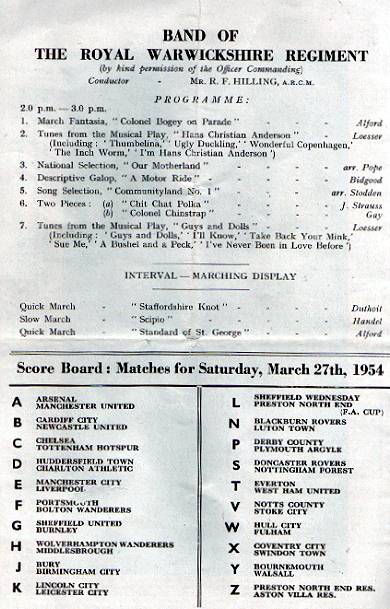 The order of ceremonies