A look at the Liverpool v Port Vale, 1991 match programme

This feature has been produced on the nineteenth anniversary of this famous Port Vale cup game. 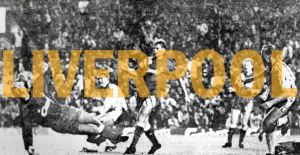 The visit to Anfield was to lift the side’s league cup gloom at last (well, until the replay, at least). The match ended 2-2 with Robin van der Laan giving Vale a shock lead, before goals from McManaman and Rush gave the Reds a 2-1 advantage in the second-half. But with 17 minutes remaining, John Jeffers’ mazy run set up Martin Foyle to score a dramatic equaliser.

OVF founder Rob Fielding recalls, “This is my own programme from that night. I remember the evening well as it was my first visit to Anfield. The support was fantastic from the Vale fans as Foyle’s goal silenced the famous Kop.

“Our car arrived home just in time to see the match highlights on ITV Sport. And the next day my throat was so hoarse, I could barely speak. According to some people, that was no bad thing…”

You can read our feature on that game (including match reports, photos and quotes) here –
https://www.onevalefan.co.uk/forums/showthread.php?t=43158

The less said about the replay, the better. Liverpool turned on the style in front of TV cameras to record a 4-1 win, thanks to goals from McManaman, Houghton, Saunders and Walters. 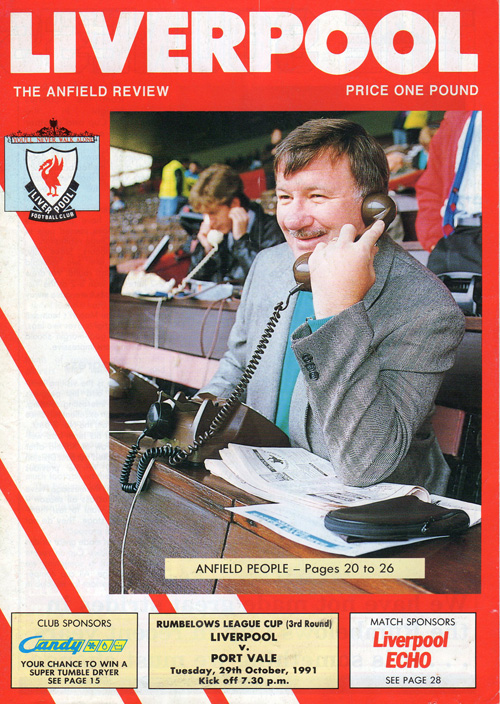 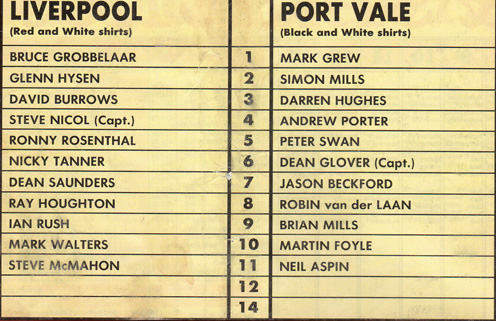 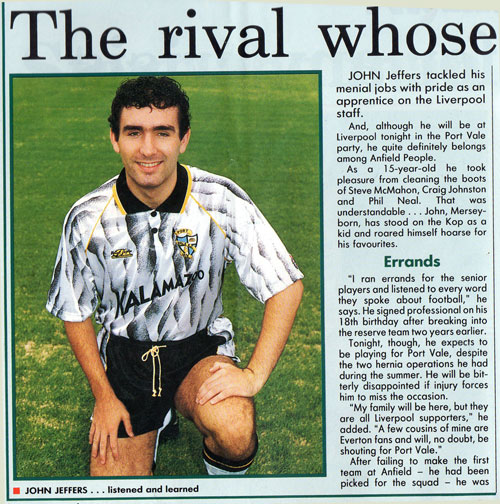 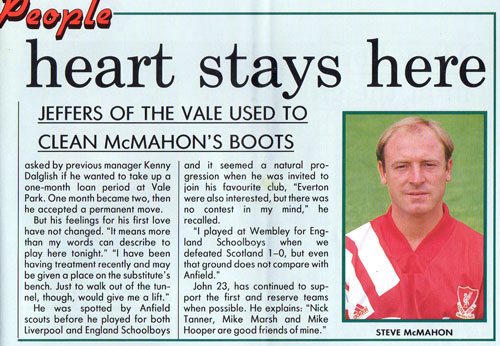 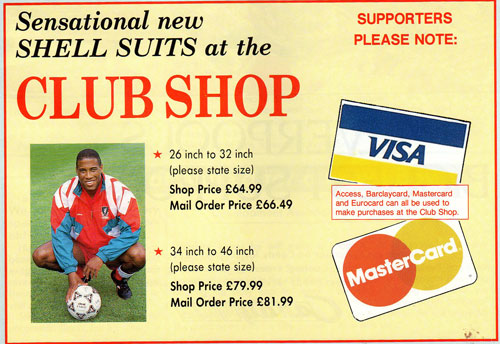 We wouldn’t want to perpetuate myths about the Liverpool
public, but this advert for a certain item of clothing really
doesn’t help their cause… 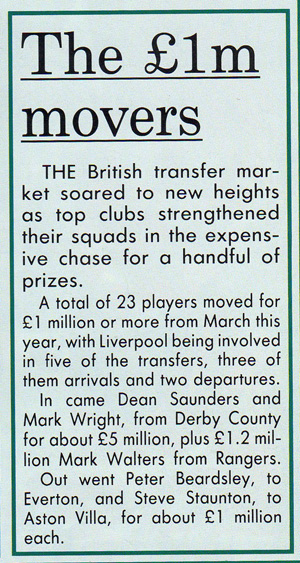 A small clipping that accentuates the difference
between the two sides – in contrast, Vale’s record
signing at the time was £375,000 for Martin Foyle 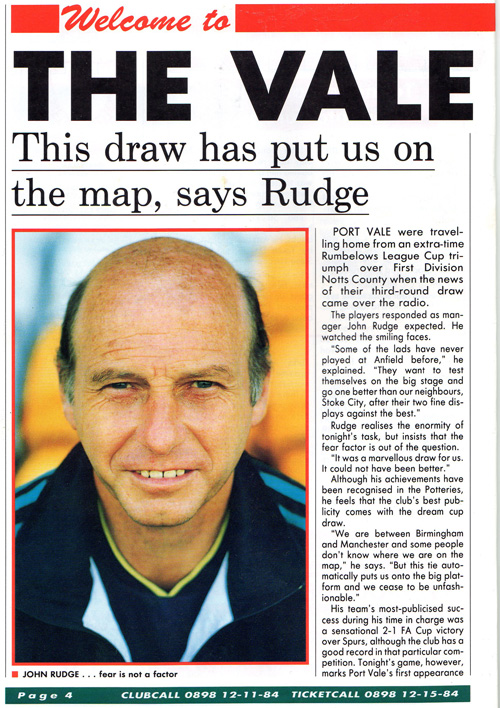 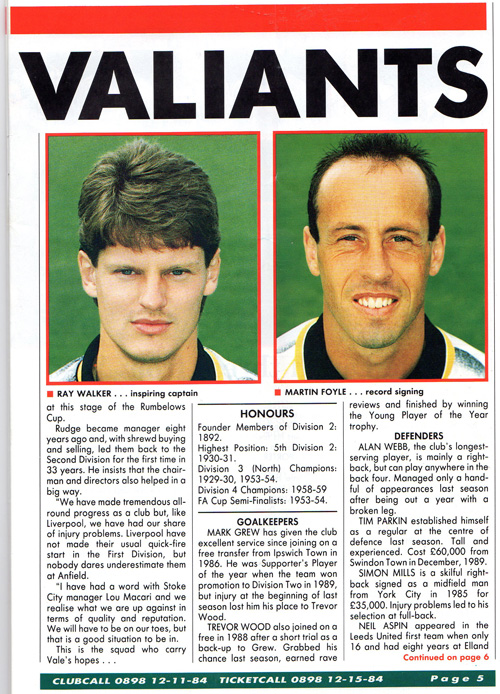 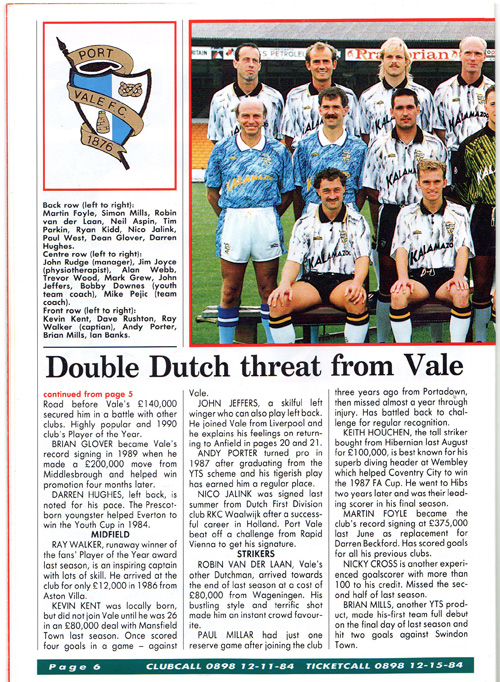 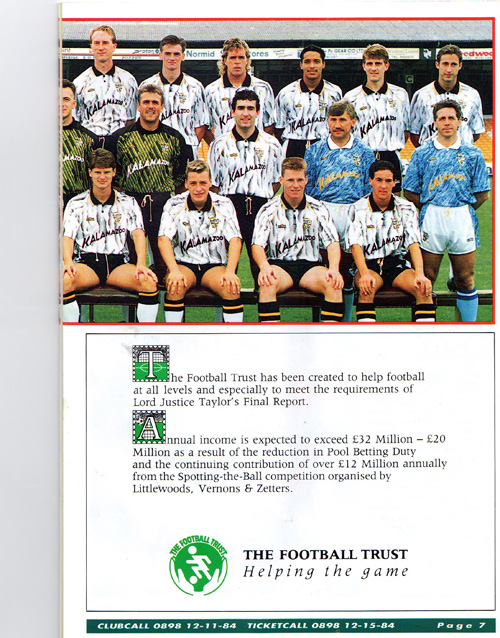 The Vale team is profiled (we think someone was watching a re-run of “Kes” when it came to Dean Glover’s profile… BRIAN Glover anyone..?