Here’s a look at some tickets from memorable (and perhaps not so memorable) Port Vale games and events over the years.

Some of these images are from the author (and author’s family) while others have been kindly provided by Port Vale supporters. 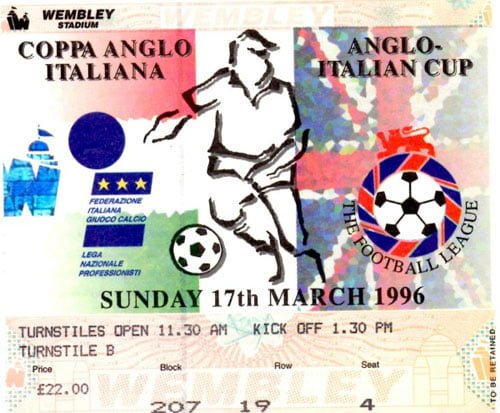 The 1996 Anglo-Italian cup final ended in defeat for the Valiants. 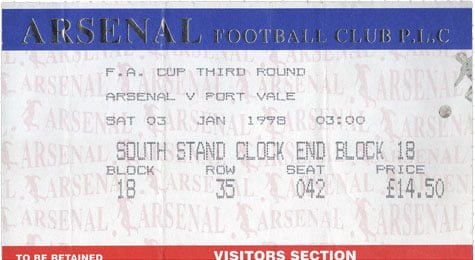 Perhaps one of John Rudge’s side’s most unsung performances. The Vale held Arsenal to a goalless draw at Highbury before being defeated on penalties in the replay. 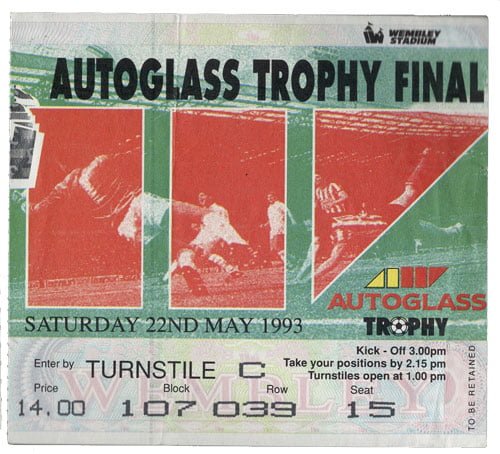 The Vale’s first visit to Wembley stadium was a cause for celebration as the side lifted the Autoglass Trophy. 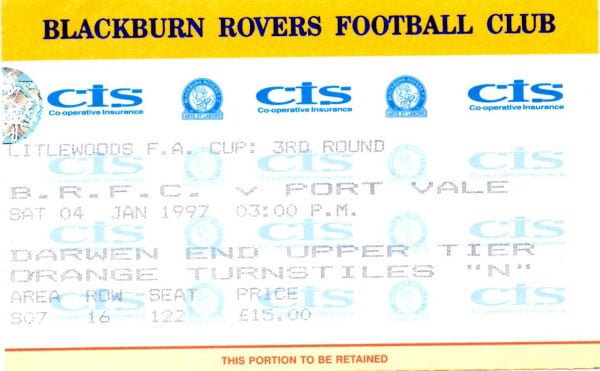 Port Vale’s visit to top-flight Blackburn was to end in a narrow 1-0 defeat. 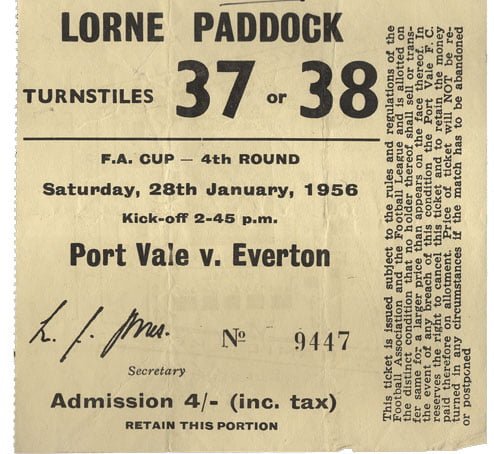 A crowd of 44,278 witnessed this game. Vale had two goals disallowed as they lost 3-2 to Everton. 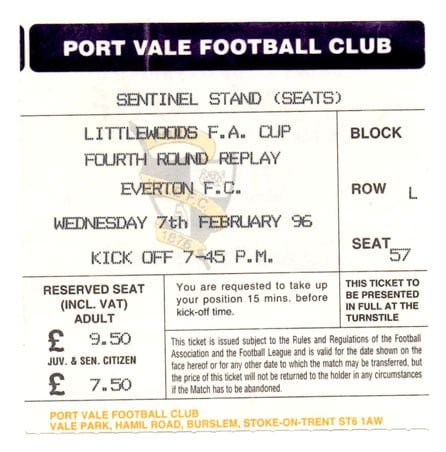 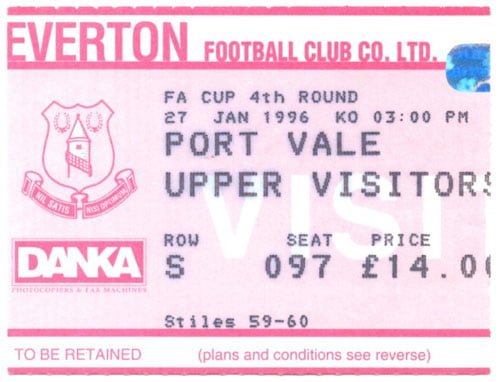 And a ticket from the first leg at Goodison Park. 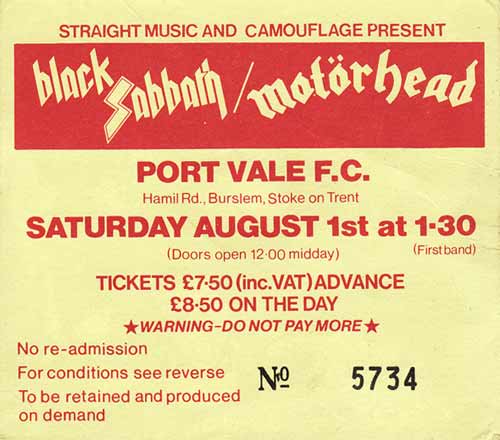 A ticket from the first and only concert to be held at Vale Park. 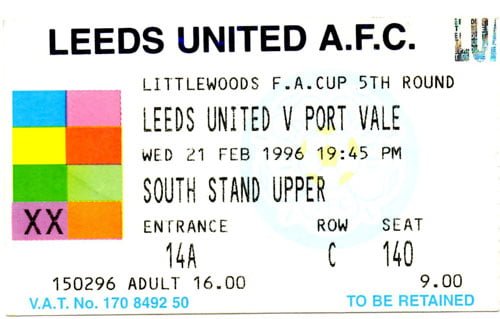 Another fantastic Vale cup performance from 1996 as they hold Leeds to a goalless draw. 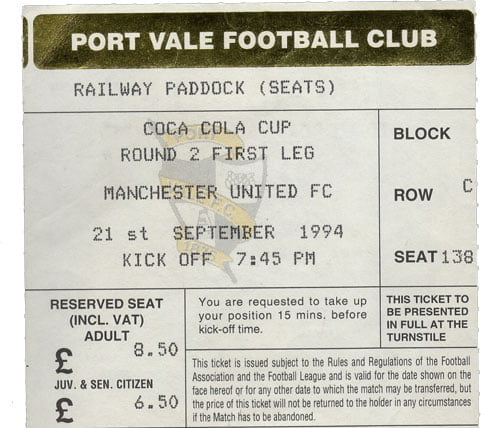 This is the ticket for Vale’s game against a “young” Manchester United side which included Gary Neville, Keith Gillespie, David Beckham and Paul Scholes. 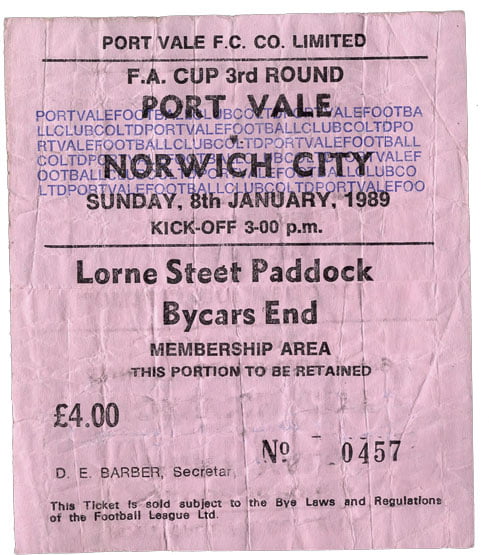 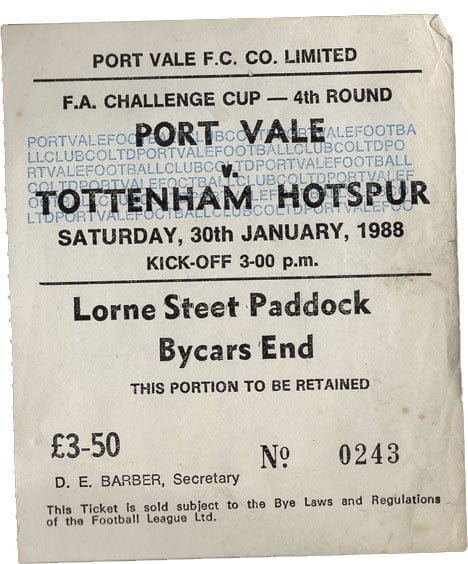 One of the most memorable cup upsets of recent times as Vale put up Terry Venables’ Spurs side. 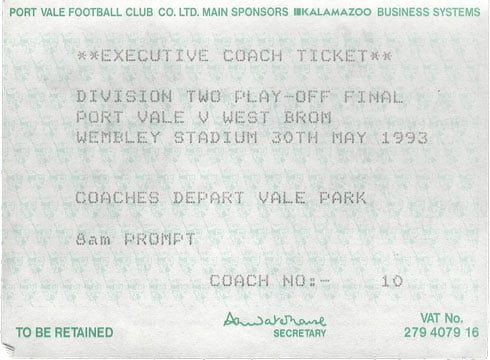 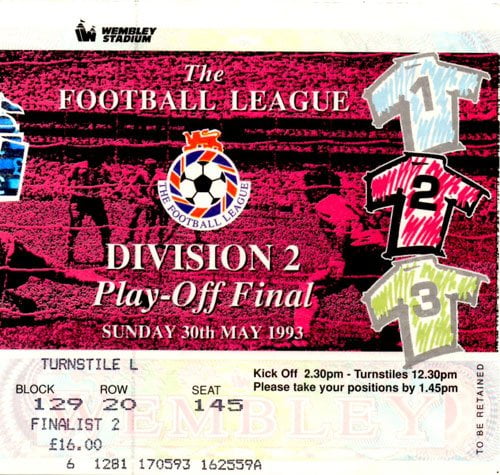 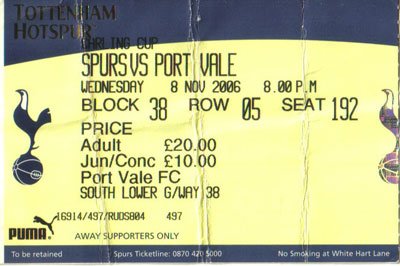 A ticket to Vale’s 2006 league cup game against Tottenham Hotspur.

If you’ve got any memorable Vale tickets that you’d like to contribute to this feature, please email us at: