If we spent that amount on money on the Railway, surely we'd still want the cameras facing that gleaming, new stand 😉 Back to attendances, I've said this before but I still think it's worth repea 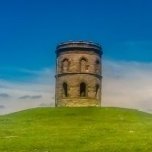 they include season tickets even if the ticket holder isnt there, so no way are they getting 20k

Personally I’d rather see all clubs announce the true attendance. For me the clue is in the name ATTENDANCE