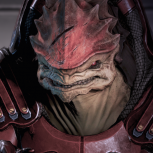 Can I just say well done to Steve Speed for ensuring no games (so far) this season have been called off for pitch related issues. Great effort

How times and opinions change,.Last season we only needed a decent left back to complete a decent back four.This season,injuries and a loss of form from all the back four has wrecked the season.Time t

You're right about Legge. Yes, his form dipped in the last few games he played but he is still head and shoulders above the rest - and that's literally part of out problem with Smith and Crookes lack