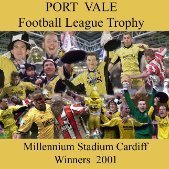 Is that the Worrall who’s second in all four divisions for assists?

The quality of his crosses was as good as I’ve seen from any Vale player this season. Good home debut.

Played well and looks like he will be good enough for this level. As mentioned above his crossing was excellent and if pope was on he could have had a couple of assists. Tired towards the end as expec