Ahead of the 2021 FA Cup first round tie with Accrington, we wanted to whet your appetite with another of our “as live” full match videos from yesteryear.

Join us at 7.30pm on Wednesday evening to watch the video premiere of Port Vale v Kidderminster Harriers in the FA Cup first round, 2004 with fellow fans. During the premiere you will also be able to chat with fans during the action. 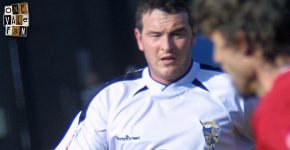 Manager Martin Foyle had added a number of signings in the summer including Lee Matthews (pictured), Jeff Smith, Dean Smith and Robin Hulbert. However, the side suffered a blow when striker Steve Brooker was sold to Bristol City in September. Mark Goodlad also picked up an injury. This first round tie against Kidderminster took place after Vale had ended two games without scoring by beating Barnsley 2-1 away. 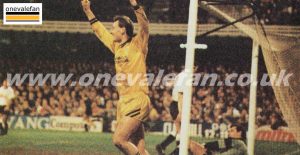 During the shortened Coronovirus season, we started showing a series of full-length Port Vale videos to entertain fans who were in lockdown. Some of the games we showed in full included several Potteries derbies, the Liverpool League Cup tie, the Autoglass final and the Derby County FA Cup match.

It’s not a classic (we have already shown most of them) but we hope it’s entertaining to watch an old Vale game and also interesting to watch a game featuring the Vale team of seventeen years ago. It contained players such as Billy Paynter, Chris Birchall, George Pilkington and Sam Collins. Please note – the video doesn’t have any commentary so all you’ll hear is the crowd noise (just like being there then!). Please note this video is also seventeen years old so there is some pixelation and loss of quality.

Click on this link to watch at 7.30pm or you can also set a reminder ahead of the 7.30pm premiere: