With Euro 2020 kicking off this weekend, it’s fair to say that Spain are one of several big teams who may feel they have a point to prove at the European Championships. However, given their group, they could be in for a tricky start. So, without further ado, let’s take at who they have been drawn against in Group E and assess Luis Enrique’s side’s chances, along with those of Poland, Sweden and Slovakia. Read on to find out more! 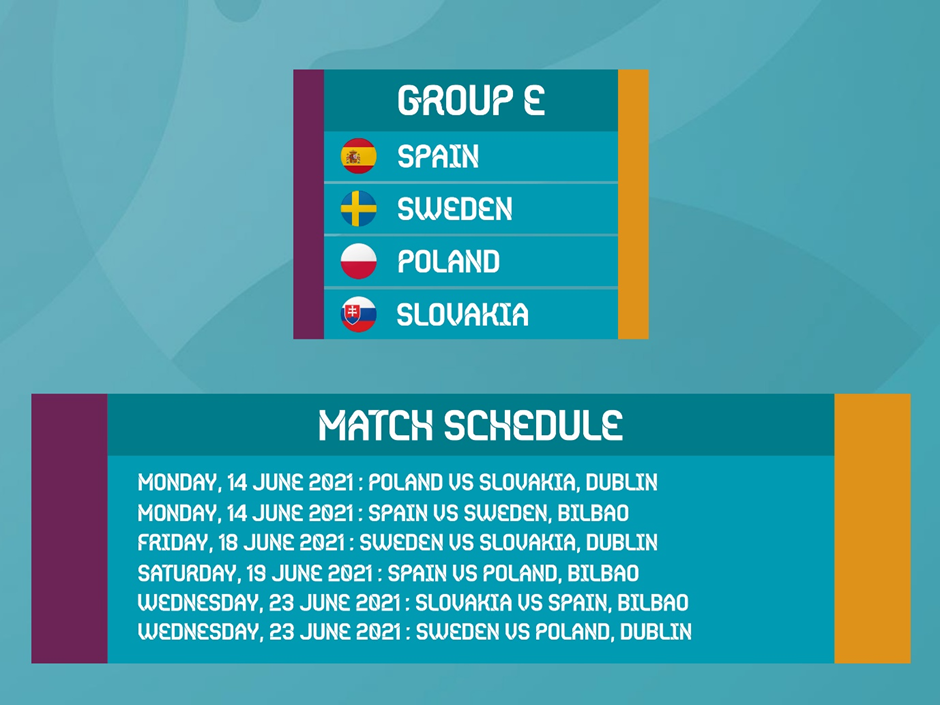 Since winning three major tournaments on the spin (Euro 2008, 2010 World Cup and Euro 2012), Spain have been a side in decline. There’s no doubt that they’ll feel like they have a point to prove as they exited both Euro 2016 and the 2018 World Cup in Russia at the round of 16 stage. But with all three of their group games taking place in Seville, they’ll be hoping to get off to the perfect start in front of their home support.

However, they have been somewhat hit and miss under the reign of Enrique, losing to the likes of Ukraine, yet later beating Germany 6-0. Spain will be well aware that pressure from the home crowd could build should they fail to beat Sweden at the La Cartuja next Monday (14th June), and the last thing they will want as they hope to re-build is must-win games against Poland (19th June) and Slovakia (June 23rd) in front of a tense support.

Enrique has already made the headlines for his controversial squad selection, in which he called up just 24 players whilst leaving the likes of Sergio Ramos at home, and he will certainly come under fire should Spain find themselves in any sticky situations.

Whilst Spain are the favourites in the Euro 2020 betting to beat Sweden on Monday evening, Janne Andersson’s side cannot be ruled out that easily. The 58-year-old took over following Sweden’s group stage exit at Euro 2016 and has done a fantastic job thus far, getting his side to the quarter-finals of the World Cup two years later, whilst also topping their Nations League group, which included Russia and Turkey.

The Swedes are a team who will know Spain well, having qualified for the Euros from the same group as them. However, they will be hoping that they are not on the receiving end of another 3-0 thumping, like they were when they met in Madrid in June 2019.

There’s no doubt that Sweden will be a much weaker side without Zlatan Ibrahimović, who picked up a knee injury late in the Serie A season, and Dejan Kulusevski, who is out of the tournament having tested positive for Covid-19. But with a united squad, a few moments of brilliance from the likes of Emil Forsberg or Alexander Isak, then who knows what could happen!

Poland will have fond memories of Euro 2016, as they made it all the way to the quarter-finals in France — losing to eventual winners Portugal on penalties. However, they left a lot to be desired in Russia three years ago, finishing bottom of a group they really should have done better in.

It looks like the Euros could come too early for new boss Paulo Sousa, who was only appointed back in January. The Poland job is the Portuguese manager’s first in international football, and with just one win from his five games in charge (3D, 1L), it’s hard to know what to expect from Poland this year.

Of course, the pressure will fall on the shoulders of Robert Lewandowski. At 32 years of age, this will likely be the Bayern Munich goal machine’s final European Championships, and the Polish faithful will be hoping that Lewandowski can make it another major tournament to remember.

Little is to be expected from Slovakia in Group E. But the European Championships has a knack for underdog stories and Štefan Tarkovič’s men will be hoping that they can reach the knockout stages for the second Euros running.

Slovakia finished third behind Croatia and Wales in their qualification group, but reached the main stages of the tournament through the play-offs, beating the Republic of Ireland on penalties before seeing off Northern Ireland in extra-time in Belfast.

With the likes of Newcastle United goalkeeper Martin Dúbravka and Inter Milan centre-back Milan Škriniar, who will be riding the crest of a wave having helped Inter win their first Serie A title in 10 years, within their ranks, Slovakia have some solid players and they will surely fancy their chances of progressing from the group, especially with the possibly of reaching the last 16 from third place.

League Two Contenders For The 2021/22 Season