In 1944, following problems with the City Council over the lease of the Old Rec, Port Vale arranged to sell their current ground and a new thirteen and a half acre site was purchased near to Burslem station. 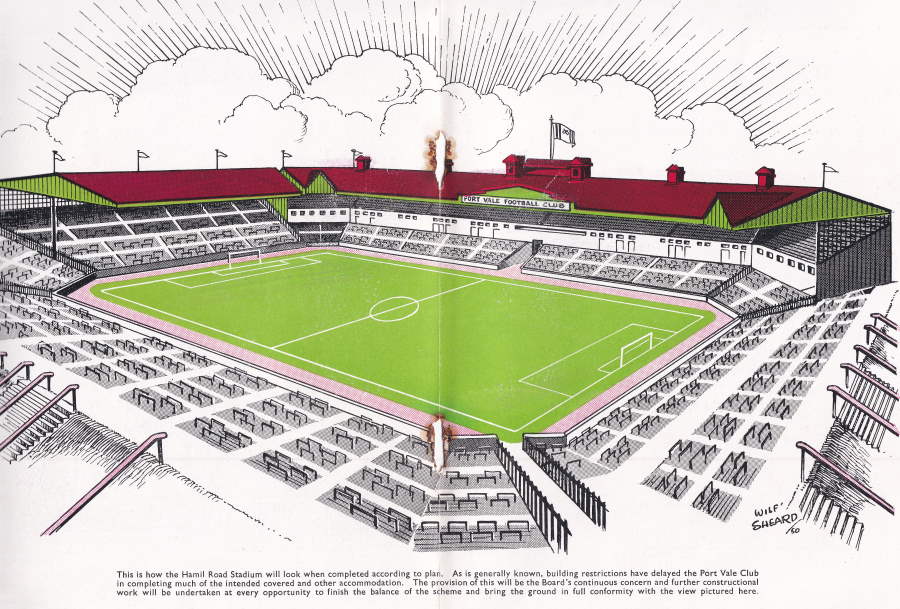 An artist’s impression showing the original plans for a 70,000 capacity Vale Park stadium.
Note the height of the Hamil End terracing

This is where things get interesting as Vale planned a 70,000 capacity stadium. We all know that the club ran out of money and those plans were never realised but let’s take a closer look at what was and what wasn’t built. The footings and foundations for three sides of the ground were actually put in place, but when the cash ran out, mostly open terraces, largely devoid of cover, were in place when the stadium opened.

While three sides of the ground were “stripped down” and lacking cover, they were at least built to the plans and contributed to an impressive opening capacity of 50,000. But what about that missing 20,000 from the proposed capacity of 70,000? Where would those fans have been accommodated?

The answer is – the Hamil End terracing, which was originally designed to stretch back way further than the actual construction. The original plans would have seen that end developed into a huge bank of terracing, similar to Liverpool’s Kop or Wolves’s South Stand. Take a look at this aerial plan and you’ll see a much higher bank of terracing (than the there currently is) on the Hamil Road End. 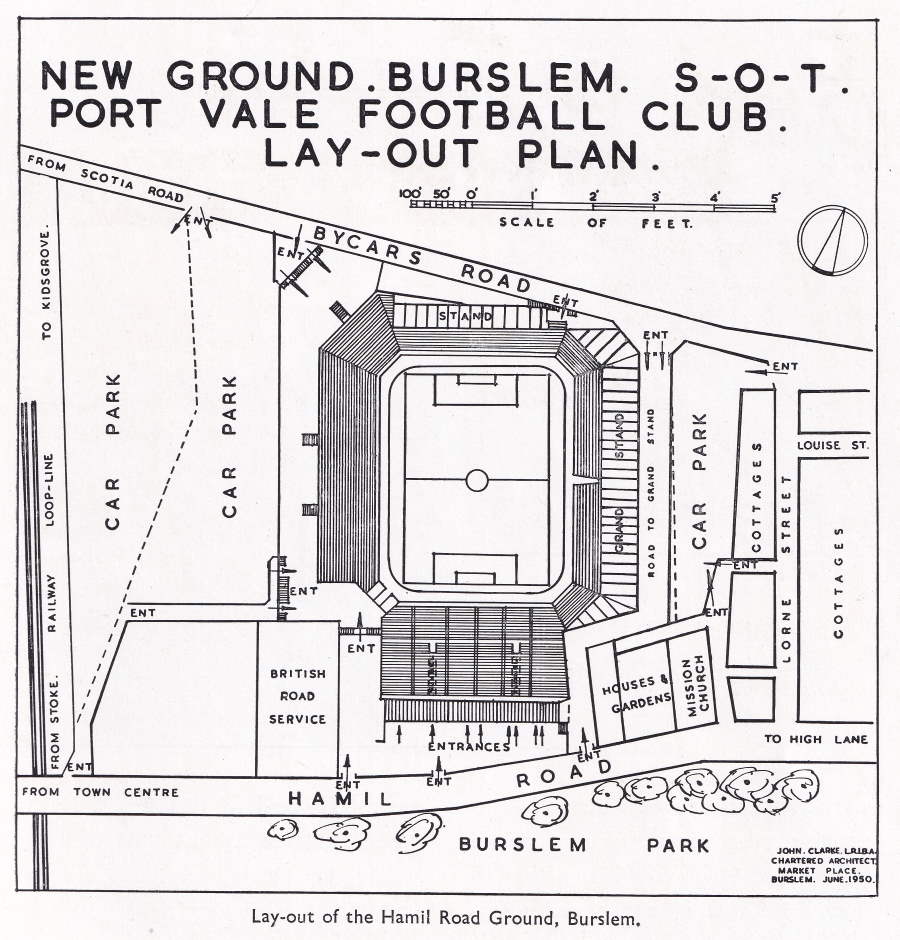 This photo from the 1980s shows what was actually constructed which is around a third of that proposed in the above plan. That accounts for the drop in capacity of 20,000 from 70,000 to 50,000 when the stadium opened. Taking into account the current stand capacity of 5,000 (which was undoubtedly more when it was standing terracing in 1950) then you’re potentially looking at an end terrace with a capacity in excess of 25,000! 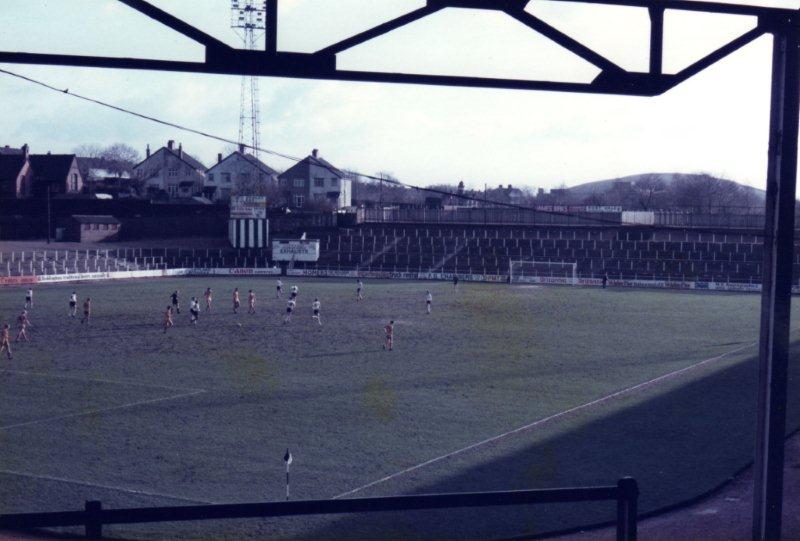 One can imagine what an imposing sight would have been in place if the plans had come to fruition. It would not only have been a huge bank of terracing but it would have surely seen Vale fans adopt the Hamil End as their “home end” over the current Bycars End. Perhaps these vintage image of the Hillsborough stadium and Highbury’s Clock End give an indication of what could have been in Burslem?