The family of the late Port Vale player Clinton Boulton invite Valiants to raise a glass in his memory at 7.30pm on Friday 22nd January 2021. 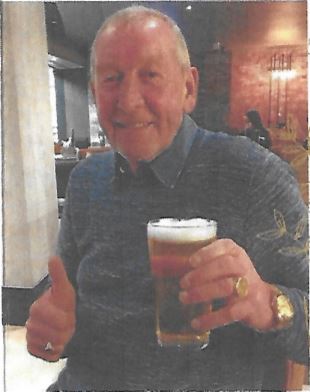 A message from the Boulton family reads:

Due to the Covid restrictions instead of a funeral, we will be celebrating Clint’s life by raising a glass and remembering all the good times.

The tribute will take place at 7.30pm on Friday evening.

Boulton’s passing has drawn tributes and memories from Vale fans around the world and we hope all Valiant supporters will join the family in remembering a Port Vale and Torquay United great.

Locally-born Clinton Boulton progressed through the Port Vale junior ranks to make it into the first team. He made his first team debut during the 1964-65 season and turned professional in 1965. The defender also scored his first goal in 1965 which at 17 made him the club’s youngest goalscorer. Boulton established himself in the Valiants defence by 1966 and was a member of the 1969-1970 Port Vale promotion side under manager Gordon Lee. He was an ever-present as the Vale were promoted into the Third Division.

After over 250 games for the Vale, he joined Torquay United in November 1971 for a fee of £10,000. He was named the Torquay player of the year in 1976. He was awarded a testimonial by Torquay and he later had a spell for non-league side Minehead. His playing career spanned over 550 games and sixteen years. 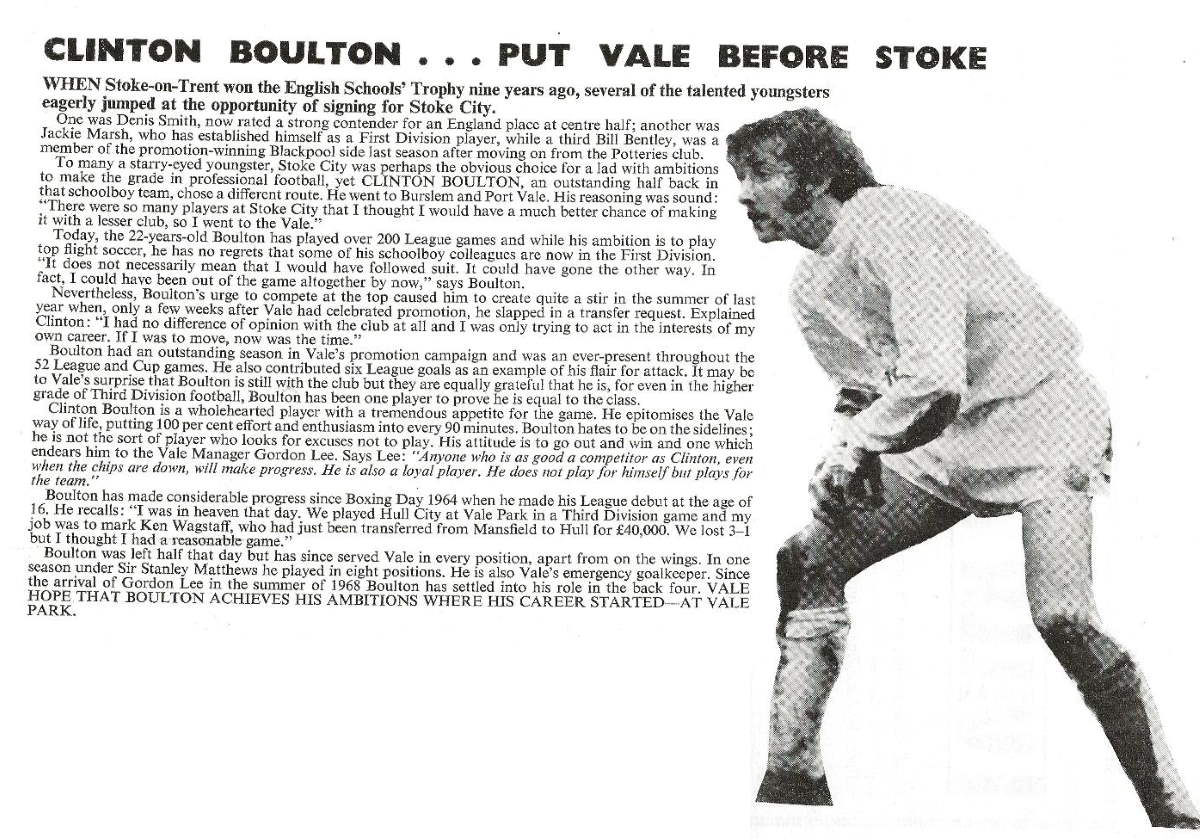