In this feature, we profile five Port Vale players who served the club for many years but may not be known too well by the modern day supporters. 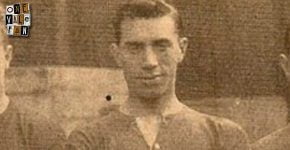 Jones has many attributes which should earn him more recognition from Vale supporters. The Burslem-born left-half only ever played for one club – Port Vale – for whom he represented for fourteen years. He was also a key component of arguably one of the club’s finest sides – the 1929-30 promotion side – and missed just four games that season. He finished his long Vale career with 346 appearances and nineteen goals. 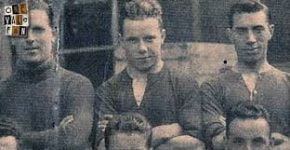 A contemporary of Jones, Oakes was a left-back who earned praise for his fair play during games. Born in Hanley, he was also a member of the 1929-30 promotion side during a ten year stint at the Valiants. Oakes was reluctantly sold to Charlton Athletic for £3,000 in 1933 as Vale needed the funds and he played on for the other Valiants until he was 37. In total, Oakes made 541 appearances including 307 for Port Vale. He is pictured in the centre of the picture with team mate Roger Jones (mentioned above) to his right. 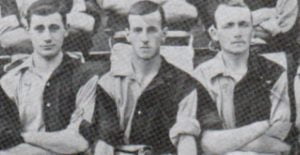 From the era before Jones and Oakes comes reliable forward George Price. A third locally born player he began his Vale career in 1896 at the tender age of 18 and the slender striker would serve the club for nine years in total. He played a total of 263 games in all competitions for Port Vale, scoring 54 goals. Price is pictured in the centre of the photo flanked by team mates Bert Eardley and Adrian Capes. 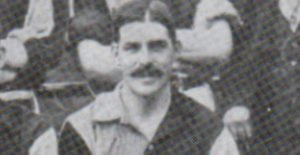 From the same era as Price comes left winger Billy Heames who was also born locally in Middleport. Signed by Stoke City from Middleport Athletic in 1893 he joined Vale in 1897, Heames would have a seven year career with the club making 233 appearances and scoring 26 goals. The end to his career was unfortunate. He was an ever-present in 1903-04 but the club’s perilous finances saw him and a number of team mates released to save money. 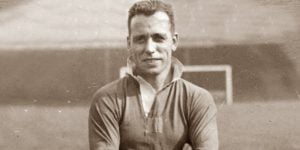 Our final selection wasn’t locally born. Glasgow-born Connelly was one of a number of Scottish players to try their luck with the Valiants. He joined the club in 1921 and was a regular for the next eleven years. Along with Oakes and Jones he was a key member of the 1929-30 promotion side. Connelly made a total of 337 appearances for the club, scoring 18 times. He ended his career with a spell at Congleton Town.