The news that Shaun Brisley is set to miss four to five weeks of the season has been tempered a little by the news that Adam Crookes has returned to full fitness.

We are lucky that also Adam Crookes is back fit so, if anything happened to any of the other centre halves, at least we have Adam who can slot in there now…

Brisley, who has been in impressive form in central defence will be a loss to the Valiants but his injury allows Nathan Smith to come back into the center of defence with James Gibbons returning to the right-back slot.

However, the Brisley injury would have left Vale short of defensive cover had Crookes not returned to fitness.

However, former Nottingham Forest man Crookes can cover both the left-back and centre-half positions and is likely to be on the bench for Saturday’s game against Scunthorpe United.

Vale manager John Askey told a press conference: “It is a shame to lose him [Shaun Brisley] because he added competition at centre back.  He’s not even 30 yet, he still has plenty of football left in him and he has shown that he is more than capable at this level.

“Nathan [Smith] has had a good season, it was great Shaun had come in and done so well.  We are lucky that also Adam Crookes is back fit so, if anything happened to any of the other centre halves, at least we have Adam who can slot in there now.” 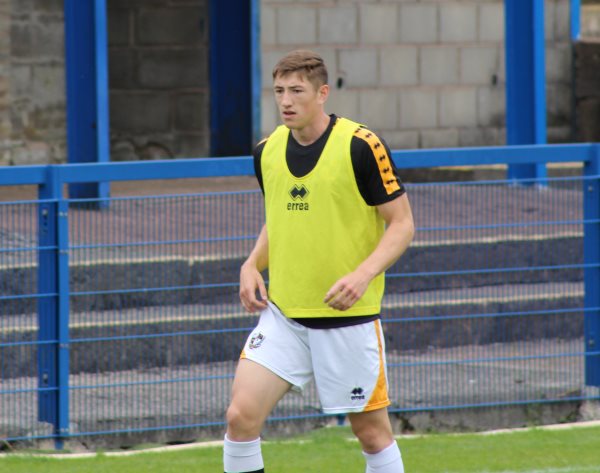 Adam Crookes
About the author: A Port Vale fan since 1980, Rob Fielding created this website in 1996. Originally called "There's only one Vale fan in Bristol?" it became simply onevalefan or OVF for short. You can get updates on Twitter through the account @onevalefan