We take a look at what we consider to be five of the best goalkeepers “of a certain vintage” to appear in a Port Vale shirt.

If you disagree (or agree) with our selection, please let us know in the forum. 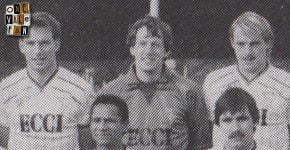 Aged 35 when he signed for Vale in 1985, Arnold played 52 games as the club won promotion under John Rudge. His efforts earned him the player of the year award in his debut season for the Valiants. Arnold decided to retire on a high but an injury to replacement Mark Grew saw him return for a brief swansong, making fifteen appearances the next season.

Matthews’ story is one of an astonishing comeback. Born in Oldbury, he joined Vale as an amateur in 1906 aged 21 and played 26 League games for the club. He moved on to Burton Albion before an eighteen year spell at Oldham Athletic saw him notch up over 350 appearances. Remarkably, nineteen years after his first Vale spell he rejoined the club at the age of 40. He stayed for two seasons making 41 appearances before leaving to join Halifax Town. 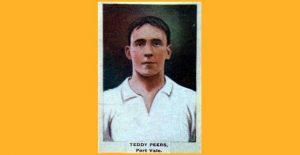 The former Wolves keeper may have been 38 years old when he joined the Valiants but he made a considerable impact during his two season stay. Peers joined a formidable defence which kept a club record seven consecutive clean sheets. A crowd pleaser, Peers was known to lean on his goalpost and chat to fans as Vale attacked. He also became the first ever Port Vale full International when he picked to play for Wales.

Undoubtedly Neil Aspin’s most important signing while Port Vale manager, veteran Brown instantly solved the club’s long-running goalkeeper issues. The reliable former Wycombe Wanderers and Cheltenham Town stalwart was deservedly named player of the year in 2018-19 after his first season with the club and the 34 year-old was also handed an extension to his two-year contract. 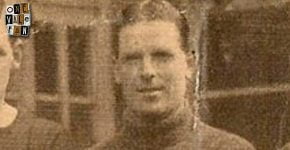 In 1924, the Valiants replaced Tommy Lonsdale, who had retired at the age of 32, with an even older player. Thomas Fern, who had played for Lincoln City and Everton, joined the club at the grand old age of 38. He swiftly became a regular as Vale boss Joe Schofield preferred his experience over rookie keepers Sidney Brown and Robert Wallis and he finished his career with the Valiants, aged 41, after 90 appearances for the club.