A portfolio of Port Vale supporter images from the 1990’s will be featured in issue five of NPLH magazine.

The images have appeared in the legendary The Memoirs of Seth Bottomley fanzine as well as at the Vale Vaults exhibition and the magazine will feature over twenty of these unique images of Port Vale fans.

How can you get the magazine? 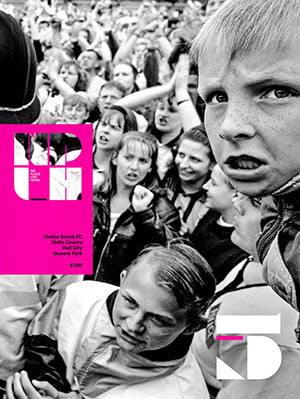 NPLH – No Place Like Home – showcases artistic talent with a shared love of the game. It takes an alternative perspective on the game, seeking romance in the unusual, untold corners of the sport, as well as unique takes on familiar stories.

It puts premium before profits and strives to produce the best content, with the highest possible production values. It’s a passion project which looks for unique, niche stories in football as well as familiar tales with a fresh lick of NPLH paint.

Conrad Tracy is a Photographer and Academic. A Course Leader at the Arts University Bournemouth he was honoured by the Royal Photographic Society in 2013 for ‘Outstanding Achievements/Sustained Contribution in Photographic Education.’ Conrad has freelanced for many editorial clients, including The Observer Magazine and the Saturday and Sunday Times Magazines. His work has also been represented by both Photonica and Getty Images, for advertising and promotion. Conrad’s documentary work has been exhibited nationally over the last 20 years, including Derby Photography Festival (The Wonder of You: Port Vale Terrace Culture) and as part of a group exhibition at The Royal Festival Hall. Most recently Conrad has exhibited a large documentary essay at Birmingham’s Park Side Gallery, featuring 28 large scale images examining the alternative football culture of Hamburg’s FC. Sankt Pauli. 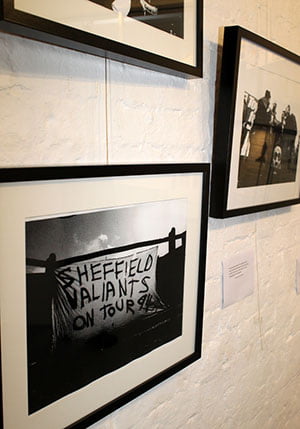 As featured at Vale Vaults

Visitors to the exhibition will have seen some of Conrad’s work, which proved highly popular and prompted many comments.

You can look back at Vale Vaults through this link