The Port Vale programme two months out of date, 1984

An unusual piece for our programme collection, a programme for a match which took place the following year!

This is the programme for the league game between Port Vale and Southend United.

Originally scheduled to take place on the 12th December 1983, the re-arranged game actually took place on the 30th January 1984. However, as the typed out insert states, the club could not afford to re-print the programme so the programme from December was used. The match itself finished as a rare win for Vale thanks to goals from Martin Henderson and John Ridley. 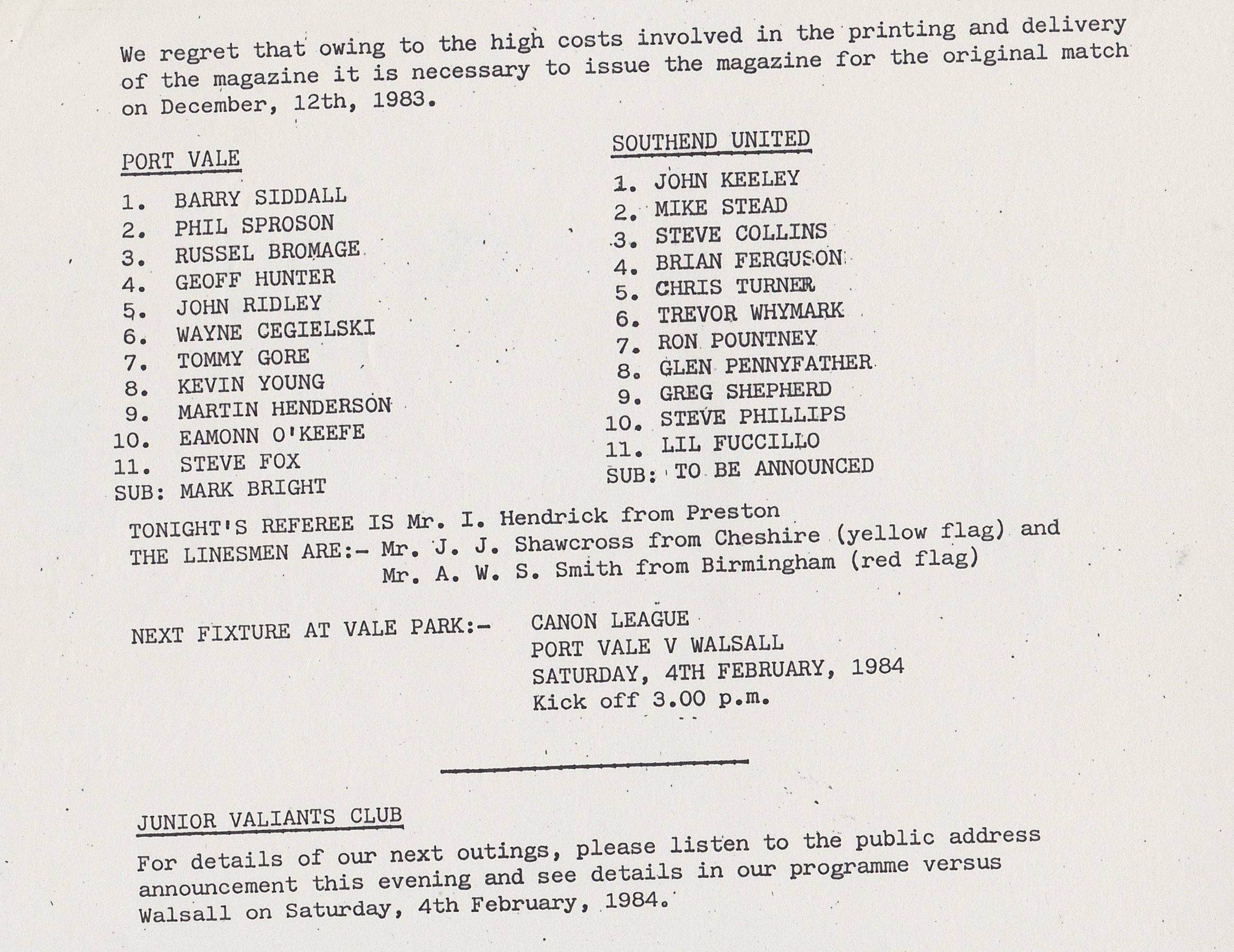