Robin van der Laan was Port Vale’s first continental signing. He was an £80,000 signing in February 2001. Originally a striker he was initially used sparingly, often as a sub. This game is a home game against Blackburn Rovers which Vale won 3-0 thanks to a Darren Beckford hat-trick. Van der Laan would go on to be a star in the Vale midfield and was eventually sold to Derby County in 1995 for £750,000 plus Lee Mills. 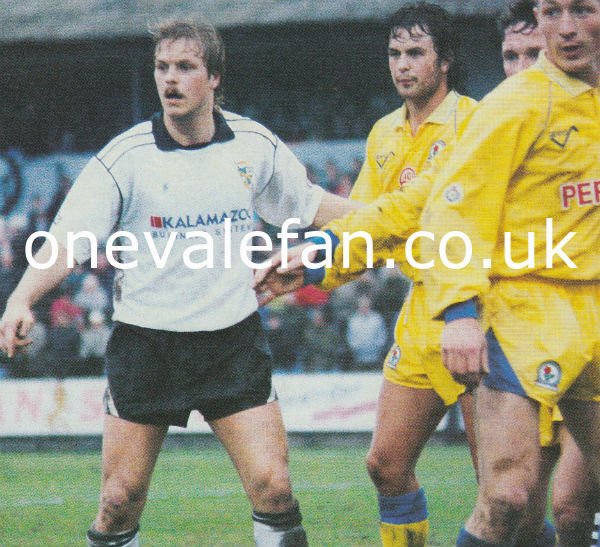